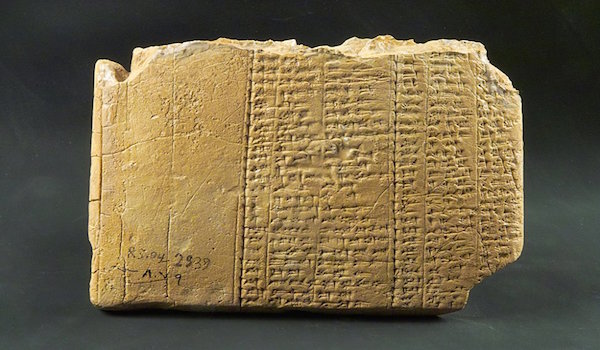 There is a question that has been waiting for an answer for two thousand years. “How many Gods are in the Bible?” It is one of the most common questions in Bible or Torah class. Any one with even a rudimentary grip of language comprehension would be forced to conclude there is certainly more than one God described.

Ultimately, the Bible is just a book. It is a compilation of lots of stories and God is just a character in the story. Like any long running television series, it is vital that the characters are true to themselves.

Another famous fictional character is James Bond. Commander James Bond has been played as a Scottish psychopath, and as a smooth English gentleman. David Niven even played him as a comedian. The author, Ian Fleming, based some of the character’s tastes on himself but much of the character’s flare is based on the men with whom Ian Fleming served during the war. No matter how much the producers changed the character to suit popular fashion the men on whom the story was based remained the same.

Whatever you believe God to be, when God is a character in a book, he is a product of the writer’s imagination. The character of God is dependent on the writer’s ability to interpret what he is thinking into words. How those men interpreted God was also dependent on their own cultural history and the demands of the moment. What were they trying to achieve with that story. Before I offend anyone, it is important to remember that none of these stories actually affects God.

Long before the Kingdom of Judah came into existence, there was Israel. The word Isra’EL means ‘May El Preserve’. The original capital of the Kingdom of Israel was Shechem just between the Sea of Galilee and the Dead Sea to the west of the Jordan.

In Genesis 35 God says to Jacob, ‘Arise, go up to Beth-El and dwell there’. We can assume from that reference that the ‘House of God (El)’ was in a high place. El-Shaddai (El of the Mountain).

What we know of El comes from Ugarit clay tablets written in Cuneiform (northwest Semitic) by the Amorites. El is known as ‘The Creator of all living things’ and ‘The Compassionate’. He was also often represented by a bull.

It seems likely to me that the tablets, which Moses broke, may have been made of clay rather than stone, as this was the most popular writing material at this time. There certainly seems to be some parallels here that should be explored.

In Genesis 35:14 Jacob worships El by pouring wine and olive oil on the pillar of stone he had set up as an altar. It is important to note that the worship of El at this point did not involve sacrifice. Pillars are not very good for slaughtering animals on.

When the later Judean kings destroy what they call ‘idolatry’ it is the worship of El that they are destroying. The groves and high places where the people offered incense and libations, the Serpent Staff that God had given to Moses, all of these things were destroyed by the Judeans. Namely Hezekiah the son of Ahaz (2 Kings 18:4) and Josiah.

So most independent Biblical and Torah Scholars agree that ‘El’ was the first God of the Jewish people.

Yahweh on the other hand came later and took over the popular places of worship. Just as Christianity took over pagan sites and now Islam takes over buildings that were once popular churches, this process seems to be common to all cultural appropriation and religious atrophy.

Marduk and his Dragon

Many of the characteristics of Yahweh are the same as the Babylonian God, Marduk and his Dragon. Like Marduk, Yahweh is a God of anger and judgement. He, like Yahweh, is a duel God of both ultimate good and evil. Yahweh is a God of sacrifice and blood. He was also the God of storms and of vegetation. One moment he might bless the people and the next, on a whim, he would destroy them. This calls to mind (Exodus 4:24) the Yahwist insertion into the Elohist story of Moses with Yahweh’s sudden decision to kill Moses for no apparent reason. Zipporah, the Midianite wife of Moses has to sacrifice her son’s foreskin to save her husband’s life. (Handy girl that!)

I personally suspect that it was Hezekiah who introduced the worship of the Babylonian version of Yahweh into Judah and I’m still researching that point. Eventually the identity of the Gods became blurred and the name Yahweh was inserted over the Elohist stories until it became hard to tell them apart. Reading the Hebrew, I’ve noticed you can often see that the insertion of Yahweh is quite superfluous. Usually, it is obvious that the person is talking about God (Elohim) and there is no need to insert Yahweh. I’m no expert in Hebrew. (Read Dr. Steven DiMattei’s excellent blog for stronger references.)

So we have seen that there are clearly two fictional characters described in the Torah who could be called ‘God’. The characters of the two Gods were originally very different and it is often possible to see that difference in the context and meaning of the source stories. Obviously, both of these characters are expressions of the people who created the original stories. Stories are dependent on the writer’s skill and the ability of the reader to understand the cultural references and language of the writer.

The problem with the writers of the New Testament is that, except for James the Just, they were not Jewish. Paul was either a Hellenised Jew who knew nothing of his own culture or a convert. They misunderstood translation and cultural references and garbled the Tanakh. There is no basis in the Torah for the idea of the Trinity. The historical Jesus never said that he was the ‘Son of God’ in the Greek sense and Genesis makes no provision for this concept. The Holy Ghost beloved by Paul was his misunderstanding of the concept of the Shekhinah. Most independent Biblical Scholars all agree that it took the Gentile Church three hundred years to come up with the idea of the Trinity. No matter what intellectual yoga you want to go through the idea is purely Greek paganism.

So through the Bible there are different Gods described, and as the Gentile Christians appropriated the Torah and Tanakh and bolted it onto their own Gospels, even more Gods were added.

None of this affects the nature of God and in themselves these stories tell us little of any use about God. Mostly these stories tell us more about the people who wrote them. Just as the fictional character of James Bond tells us nothing about Patick Dalzel-Job, Wilfred (Biffy) Dunderdale, or indeed Peter Fleming.

Ultimately, our minds create phantoms and then our ego will invest our belief in our own projections and make fools of us. Just as men dying of thirst in the desert will argue over a mirage, none of these visions IS God. They may or may not reflect the vision of God held by the writer in that time and place.

If you are looking for God on paper then I suggest you might be looking in the wrong place. Whether you see God as one or three, your concepts do not affect God so don’t take yourself too seriously.

I will leave you with a quote from Rav Abraham Kook, of blessed memory. “The tendency of unrefined people to see the divine essence as embodied in the words and in the letters alone is a source of embarrassment to humanity, and atheism arises as a pained outcry to liberate man from this narrow and alien pit, to raise him from the darkness of focusing on letters and expressions, to the light of thought and feeling, finally to place his primary focus on the realm of morals. Atheism has a temporary legitimacy, for it is needed to purge away the aberrations that attached themselves to religious faith because of a deficiency in perception and in the divine service. This is its sole function in existence…”

If you enjoyed this Blog, then you might like: My God is Better than Yours and Was the Jesus of History a God?

Non-Fiction – ‘The True Sayings of Jesus: The Jesus of History Vs. The Christ Myth’