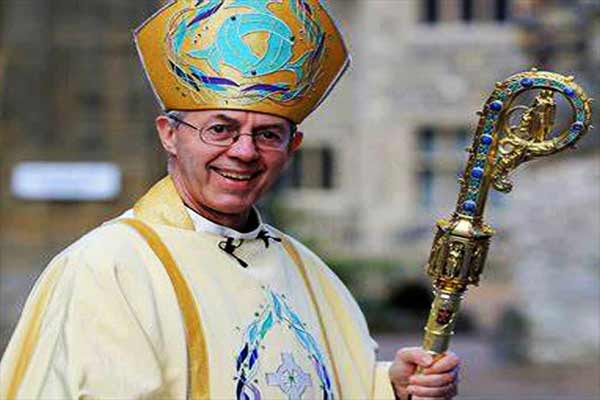 Theological and moral confusion is nothing new to the Archbishops of the English Church. The latest lamb of god, Justin Welby, confessed to the Guardian Newspaper in 2014 that he doubts that god exists. Now that the barbarians of BLM are at the gate and demanding that all statues of Christ be destroyed Welby has broken like a KitKat and is happily offering to sacrifice his Christ a second time.

In a recent interview he enthused, ‘You see a black Jesus, a Chinese Jesus, a Middle Eastern Jesus – which is of course the most accurate – you see a Fijian Jesus’. Apparently, according to the Archbishop of the English Church, everyone should have their own personal Jesus – who looks and sounds exactly like them – everyone except the English that is! For some reason not mentioned the English have to have a Chocolate Jesus. A more cynical writer might speculate that moral and physical cowardice might have more to do with Welby’s enthusiasm for vandalism than any real theological insight.

So was the Jesus of History black? In actual fact, the Canaanites and the Persians were Caucasian. The Prophet Muhammad himself was white skinned with a ginger beard.

In the Hadith Sahih Bukhari 63 we are told that when a man arrived looking for the Prophet he was pointed to the ‘White Man leaning on his arm’. The Middle East did not become homogeneously brown skinned until after the explosion the Berber tribes of Islam out of North Africa.

Not that the English Church has ever been interested in historical reality. Perhaps it’s because Welby knows that Christ is a myth created by Greco-Romans that he feels so ready to throw him under the bus! But if the statues of Christ are the bath water what of the baby? Today the barbarians are destroying statues but Welby will be helping them flush two thousand years of cultural heritage down the toilet – the fruit of our civilisation and then what will be left?

Maybe it’s time the Church admitted their fraud and re-examined that true sayings of the Jesus of History. In them we might all find a way to heal our fractured society.

“If a kingdom is divided against itself, it cannot stand.” Mark 3:24