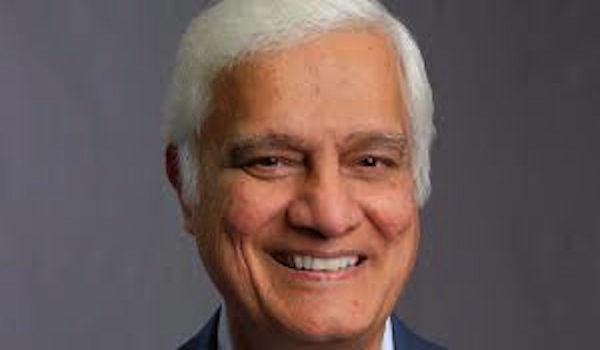 In May 2020, the famous Christian apologist, Ravi Zacharias, sadly passed away after losing his battle with cancer. Almost immediately, and somewhat inevitably, a host of women came forward to accuse the allegedly energetic septuagenarian Ravi of sexual misconduct. Since then, RZIM, his organisation, have been doing everything they can to distance themselves from their founder, including his daughter. Social media has suffered a tsunami of Evangelical Christians denouncing Ravi and explaining how they never liked him anyway.

This somewhat undignified and sordid spectacle is as repetitive as Christian predictions for the end of the world. Every year the Evangelical community raises yet another champion in between tearing down their last. This somewhat pagan cycle of rebirth and death highlights the fact that Christianity has spent the last 2000 years studiously ignoring everything the Jesus of History actually said. Among which was his advice about judging.

“Be merciful even as your Father is merciful. Don’t judge and you won’t be judged. For the standard you use (for judging) will be the standard used against you.”

Before we examine this ‘Logia’, it is important to note two things:

What the teaching implies:

The Jesus of History is inculcating the idea that God is inherently merciful; God is his datum for all that is good. He is also saying that we share that essence of God.

The implication of this ‘Logia’ is that we must try to emulate the very nature of God and judge only ourselves.

What the teaching does not say:

What it does not say is that we can do just as we please in life without consequences.

‘The standard you use (for judging) will be the standard used against you.’

How many parents castigate their children for bullying their siblings and yet go to work and bully their secretaries? We judge other people constantly and mostly life seems to give us a free pass, but does it? In reality our own hypocrisy eats at our soul until we are eventually destroyed by the darkness within our deepest self.

Jesus’ students would have been familiar with the Judean phrase:

“…but in righteousness you shall judge your neighbour.” It is evident from the phrasing of this Saying that the Jesus of History is making a beat against the accepted interpretation of the Law of Moses. It is obvious that anyone who judges believes that they are judging with righteousness.

The Kabbalah – the modern manifestation of the Nazarene tradition – explains the concept clearly.

Rav Michael Berg teaches in his seminal book, ‘The Way’.

“Kabbalah implores us to judge ourselves and our motivations with great care. One of our obstacles on our spiritual path, however, is the tendency to become judgemental about other people…”

“The moment we judge another, the universe pulls the trigger on us; we are judged by the force of our own judgement.”

This is a very deep teaching and not one to be discarded lightly. The words that we speak and think against another person opens a door for darkness to enter our life. This saying only makes sense in context of the following:

“For God will bring every deed into judgement, with every secret thing, whether good or evil.”

The Kabbalists teach us that the moment we form a judgement in our mind of another, we separate ourselves from the ‘Light of the Creator’. We effectively create the darkness that will consume us. As an example, take a devout Christian who sees homosexual behaviour as the work of the devil. He will see homosexuals everywhere. When his best friend hugs him, in the back of his mind he can’t help suspecting that his friend might be homosexual. His judgement becomes a cancer in his life and ruins his friendship with his boyhood companion.

If he had, on the other hand, taken the Jesus of History’s advice, he would recognise the fact that his understanding of the world and of other people is limited and leave other people’s lives to them and God. He would have done better by concentrating on setting the best example he could of a good family man and father.

Taken from the book – “The True Sayings of Jesus: the Jesus of History vs. the Christ Myth”

Watch the Video – “The Dangerous Myth of Forgiveness”