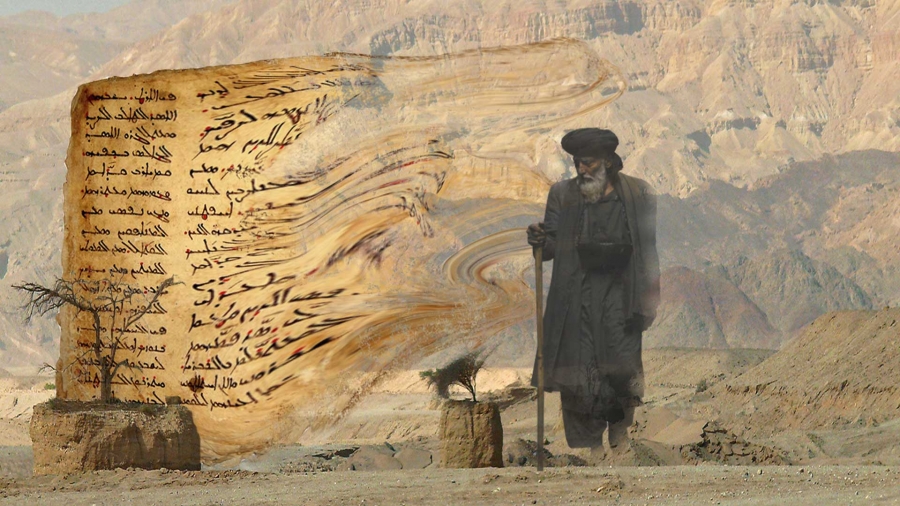 In the last fifty years it has become fashionable to insist that ‘Jesus didn’t exist!’

But we have to ask ‘who is it that you think didn’t exist?’

After a little thought, our fashionably sceptical scholars inevitably describe the ‘Christ’ character from the Gospels and suggest that anyone who could walk on water and raise the dead must surely have elicited some kind of contemporary record and then conclude that the Jesus of History couldn’t have physically existed.

In many ways they are both right and wrong at the same time.

The first thing that we have to understand is that there are two components to any legend, the narrative and the catalyst for that narrative. So to ask the question did the narrative character of any legend actually exist verbatim we would have to say ‘No!’ But such a statement deserves a qualification.

Consider, the character we call ‘Dracula’. Did he really exist as a distillation of all the stories we have heard? No! Of course not! However, under the propaganda and the horror, there was a real person, fatally flawed perhaps, but ultimately there was a man like any other who was the catalyst for the legend we call ‘Dracula’. Just because the Dracula of myth didn’t exist doesn’t mean to say that the man who was the catalyst for the legend did not exist. The one does not necessarily follow the other.

So let us, for now, accept that there are two people in the popular consciousness whom we call ‘Jesus’. There is the literary character of the Greco-Romano Gospels and then there is the catalyst on whom those legends were based.

For many reasons, it is quite easy to dismiss the Gospel narrative stories as fictions: they are versions of contemporary God/Man stories, they hopelessly mistake the geography, culture and language of the region, they can’t agree on when ‘Christ’ was born, what he did when he lived, nor can they confidently say when or why he died. They can’t even agree on who his family were. So putting the literary ‘Christ’ character to one side, what of the catalyst?

Was there a man on whom the ‘Jesus’ legend was based? Did the Jesus of History actually live?

Before we answer that question we need to consider what evidence we have for anyone’s life. Ask yourself this, what evidence do you have for the lives of your great-grandparents?

Nobody questions if Julius Cesar, Mark Anthony or Cleopatra actually existed but it has become fashionable to sneer at the existence of Jesus! But, under the burden of proof demanded by these ‘progressive’ internet scholars, I could not prove that my own grandfather truly existed.

So looking at your own grandparents, what proof can anyone provide for the sum total of a life?

If you have no photographs, no letters, no physical mementos what do you have? Did your parents suddenly cease to exist?

Pontius Pilate lived at the same time as the Jesus of History and was a Prefect of Judea under Emperor Tiberius. Despite his largely administrative role we have almost no contemporary evidence for his life. We have a few coins and a later inscription that mentions the name but that is about it. The sad fact is that 99.9% of people go through their lives and then leave no evidence that would satisfy their relatives let alone the most fanatical sceptic.

The truth is that our lives cast stones into the sea of time and space and leave ripples that touch the lives of others. Much like an evening wind, we only notice them in their passing.

Such as it is with my own grandfather: he is most felt in the repercussions of his actions, the consequences of which I live with every day.

In my opinion, the evidence for an historical person on whom Christianity was based is overwhelming.

The Jewish/Roman historian, Josephus, (writing around 90 AD) mentions, ‘the death of James the Just, brother of Jesus’. Some have suggested the reference is to Jesus son of Damneus but as two men with the first name ‘Jesus’ (Yeshua) were fighting for control of the Sanhedrin at the same time (Jesus son of Gamliel being the other) Josephus would have used their qualifying surname if he had meant either of them. As it was, he felt that it was enough to use only the first name ‘Jesus’. In later copies of Josephus some helpful Christian scribes have added ‘who was called Christ‘ and others had hedged their bets by adding ‘who some called Christ‘. At this point, we cannot truly know which version is original but whichever it was it is evident that Josephus was not talking about the either of the two rivals for the Sanhedrin.

Origen, the early Christian theologian (writing at the end of the second century), was angry that Josephus accounted the fall of Jerusalem to the death of James rather than to his brother Jesus. He was also angry that Josephus did not credit Jesus as Christ. This negative reference therefore strongly suggests that the original comment (‘the death of James the Just, brother of Jesus’) was genuine.

Josephus was making an aside comment regarding James the Just (Ya’akob) and needed a way to clarify exactly which Ya’akob he was talking about. The fact that he uses Jesus (Yeshua) to define his younger brother demonstrates that Josephus assumed that his Roman reader would understand to which ‘Jesus’ he was referring. It is therefore obvious that such an assumption could not be made for James the Just, despite the fact that he had taught in the Temple for twenty-nine years. It is also unlikely that a later Christian propagandist would have mentioned James the Just at all. It would have been much easier to have just inserted a passage about Christ.

Christianity could only thrive once Nazarene Judaism had, with the death of James the Just, lost its central authority in Jerusalem; it is therefore hardly likely that a Christian forger would have reminded the world that it was James the Just who inherited control of the Nazarene Yeshiva from his older brother Jesus and not Peter (the shadowy Jewish figure that Paul turned to for cultural credibility).

Josephus goes on to say:

“About this time there lived Jesus, a wise man for he was one who performed surprising deeds and was a teacher of such people as accept the truth gladly. He won over many Jews and many of the Greeks.”

This statement has since been shamelessly doctored by Christian forgers who added words to support their evolving Christology. In the earliest texts, as quoted above, the statement is accurate, which I repeat with thanks to Professor Dominic Crossan.

There is no point in salting a gold mine with lead. When Paul creates his Greek cult he salted the mine with the words and legend of a famous Hebrew mystic for Roman consumption. Rome was in love with all things Jewish mysticism. Paul’s authority depended on the validity of his vision as he had never actually met the Jesus of History in person. If he had told his audience that he had a vision of the ‘risen’ Elvis, they would have said, “Who the hell is Elvis?” The con would only work because most people had heard of the Jesus of History.

As dangerous as the new cult of the Cosmic Christ was to the Jewish people, not once did any Jewish commentator think to deny the historicity of the Jew on whom the Church built their theology.

Tacitus in his ‘Annals’ mentions the founder of a pernicious group originating in Judah. Jewish records of the time mention a Yeshua who was hanged.

In fact, for the first nineteen hundred years of history nobody thought to deny the historicity of Jesus.

That there existed a prominent religious teacher who was the chief Rabbi of a Galilean school of Jewish thought and was violently killed by the Judean elite via the Romans is obvious to most impartial scholars.

Five hundred years ago, a literary search for the Jesus of History began.