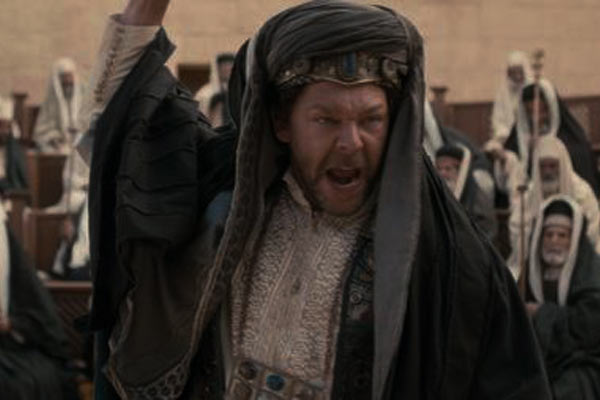 Does everyone hate the Jesus of History?

The Christian Church is entirely responsible for the fact that everyone, in the modern world, hates the Jesus of History. Popular ‘artists’ exhibit statues of him crucified in urine! Other ‘artists’ portray Jesus as a menstruating god. Not long ago, he was even turned into a successful cartoon character of himself. Unlike the Prophet Mohammed, who is treated with great respect by Muslims and non-Muslims alike, Jesus is considered a fair target for the world’s casual contempt. Christians, themselves, are only interested in the death of the Jesus of History. They have, for millennia, obsessed over their concept of the ‘Christ’ as the perfect human sacrifice. In so doing, they have successfully buried the humanity of the Jesus of History, and his spiritual legacy, within a work of literary fiction.

Somewhat unbelievably, the Jewish people have accepted, without question, the Christ myth. Never once in two thousand years did they think to question the truth of the Roman narrative; with the result that they have for centuries enthusiastically cursed the Jesus of History to burn in hell in a pool of his own excrement.

In my book, ‘The True Sayings of Jesus’, I  conclusively demonstrate that the teachings of the Jesus of History, when liberated from the literary fiction in which they are commonly entombed, express the most profound spiritual vision the world has ever seen.

The ‘Nazarene’ tradition rejected the Judean cult of animal sacrifice and maintained that the Torah had been forged and subverted by Judean priests. Despite that fact, in every way that you would recognise today as ‘Jewish’, the Nazarenes meticulously maintained the Israeli Hebrew traditions as they understood them at the time.

Shortly after the terrible tragedy of his crucifixion, the identity of the Jesus of History was stolen by Greco-Roman criminals in order to create a money making cult that today we loosely call ‘Christianity’. That theft has resulted in the worst case of literary fraud in the history of written communication.

At the same time, due to the geopolitical realities existing in the 1st century Levant, the entire Hebrew peoples were violently divested of their regional cultural identities by the fundamentalists of the Judean Pharisaic movement.

Rabbinical Judaism, as it came to be called, wiped out a thousand years of religious, cultural and spiritual Israeli history in order to promote the myth of Judean supremacy over an historically homogeneous Hebrew peoples.

Christianity, the fast growing Greco-Roman cult, contributed to the lie perpetuated by Rabbinical Judaism by convincing the world that there really was only one kind of Jew.  Unfortunately, Christian anti-Semitism makes no distinction between Israeli (north) and Judean (south).

We know from contemporary sources that the Nazarene Jewish tradition survived the Jesus of History, and existed as an identifiable ‘Jewish’ sect for several hundred years. Eventually, it was submerged within Rabbinical Judaism and, what was left of the movement, was swallowed up by the rapid growth of Islam. By the 7th century, Nazarene Judaism had disappeared from the eyes of world.

Until, by an accident of history in 12th century Europe, the core Nazarene philosophical paradigms resurfaced in France and Spain. Strangely enough, it was within the Rabbinical Jewish communities of France, and then of Christian held Spain, that the Hebrew mystical tradition was secretly reborn. Much later it came to be known as Kabbalah, which in turn gave birth to the Hasidic movement.

In order to make sense of this confused history,  The Jesus of History project uses modern archaeology  in order to shed new light on the evolution of the Hebrew peoples of the Levant. I will follow the archaeological and textual evidence to demonstrate that the Old Testament was inspired by crucial events in history and reflects the evolving socio-political needs of the Hebrew peoples indigenous to Canaan. I will demonstrate that the Bible  should not be read as ‘history’ but, rather, as a symptom of it.

Contrary to popular belief, the terrible crucifixion of the Jesus of History was not, for the Hebrew peoples, a single defining moment. Rather it was a single tragic event within a long history of tragic events that, together, made up what was a religious and cultural civil war between Judean supremacists and cosmopolitan Israelis of the Galilee.

Since the fall of Israel to Assyrian forces starting in 738 BCE, the Israeli refugees had been subject to religious persecution and cultural repression at the hands of a fast growing Judean theocracy. For the cosmopolitan and deeply spiritual Galileans, having to live with the blind fanaticism of the Judean elites must have felt like being handcuffed to a rabid dog.

As much as our work is a defence of the Jesus of History it is also an opportunity, through textual archaeology, to allow the man to speak for himself. His sayings reveal the outline of Nazarene Judaism and will offer insights into the profundity of his vision.

The Evidence  suggests that Nazarene Judaism is the Fifth Way! It offers people an escape from the self-indulgent banality of atheism. It presents a viable alternative to the abomination of Rabbinical Judaism or the masochism of Christianity. Perhaps more importantly, Nazarene Judaism suggests a version of Islam without the violence.

It is my hope that today, in these troubled times, people will be able to find fresh inspiration and guidance from the true sayings of the Jesus of History.

If you enjoyed this blog, you might like to read our blog on Islam and the Jesus of History – five similarities.

Get a copy of the book HERE.