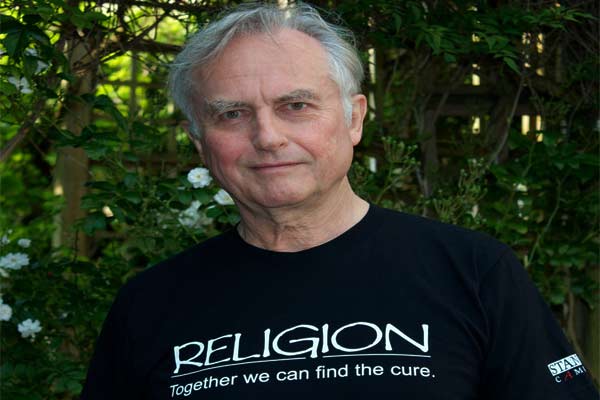 The question is, ‘Do Atheists Really Exist?’ It’s true that many people say that they don’t believe in God but that’s not the same thing.

Over 20% of the population call themselves atheists, but are they?

There are a lot of people in the world who love nothing more than to tell anyone who will listen that they hate, even the idea of, God but that is not the same thing as a being an atheist. The surprising truth is that there is no such thing as an atheist – they are an urban myth. Let me explain why! Everyone believes that their stories are unique but the truth is, like a shoal of fish or like starlings flying together as the sun goes down, those collective stories form a predictable pattern.

For most of my life, I thought of myself as something of a professional atheist so I can tell you, with confidence, those millions of reasons why people think of themselves as atheists can be distilled down to only four categories:

If you look at that list, you will see an underlying pattern:

I Believe in Me

On investigation, we would have to say that atheists do believe in god – the god that they believe in is their ‘self’.

But that is also true of those who say they believe in God. In the modern world, unless you actively work to avoid it, everyone worships in the Cult of the Self.

Just like Christianity, the Cult of the Self, has its apostles, its creation myths and its doctrines. Richard Dawkins, Christopher Hitchens and Stephen Fry are worshipped as saints and their words studied like holy script, despite the fact that much of what they’ve said about God was largely rubbish. Gender fluidity, the theory of Evolution and Global Warming are its doctrines, despite the fact that the evidence clearly shows that they too are myths. Like all holy scripture only the suicidal or the very brave would ever question the myths of the Cult of the self.

Today in the Modern World

As a result, Western civilisation is dying. Perhaps two world wars wounded it beyond hope of healing? Maybe this plague from China will finish us all off – I don’t know! What I do know is that we are in trouble.

Sex with anyone, or anything, is good but mothers fight for the right to murder their babies and celebrate when they do.

Families are bad because we are told that we are overpopulated, but the West has to import people from the Third World because the State tells us we need to increase the population.

I Could Run The Universe

It is evident that we are sleepwalking into hell. This begs the question, ‘If God was our problem, why has everything gotten so much worse now he’s dead?’ So what made people abandon God? Why would people think that they could do a better job of running the universe than God?

Just like sneezing is a symptom of a cold, atheism is a symptom of, and a response to, Textual Divinity. When people think they can find god in the written word they can’t help but create monsters. When the Judeans created their anthropomorphic blood god, they condemned us all to the future we now live in. Abraham Isaac Kook, who was the Ashkenazi Chief Rabbi of the British Mandate of Palestine, said the following just before the Second World War:

“The tendency of unrefined people to see the divine essence as embodied in the words and in the letters alone is a source of embarrassment to humanity, and atheism arises as a pained outcry to liberate man from this narrow and alien pit, to raise him from the darkness of focusing on letters and expressions, to the light of thought and feeling, finally to place his primary focus on the realm of morals. Atheism has a temporary legitimacy, for it is needed to purge away the aberrations that attached themselves to religious faith because of a deficiency in perception and in the divine service. This is its sole function in existence…”

I am an engineer. It’s my job to build complex structures and keep them working, and I can tell you, if you try to make any kind of structure and make a mistake on your datum – your point of reference – you are destined to fail. The reference point, the place from which you take all measurements is the most important thing for an engineer.

Western civilisation was like a great tower whose foundations went all the way down to our shared Judeo-Christian culture, but our datum was false. The problem was that the anthropomorphic Judean blood god wasn’t real. Our datum was based on a sick fantasy. When that datum failed, the structure of Western civilisation began to collapse.

But, neither does the Cult of the Self offer us a true datum, because the ‘Self’ doesn’t really exist in the way we think it does. Our ‘Idea’ of our ‘self’ consists of three transient things:

The illusion of the ‘Self of Now’ is a window through which we view the world and it makes us react automatically to the events in life. The ‘Self of Now’ is the source of our anger, of our lusts and our addictions. It creates our reality and it limits our perceptions. It is the ‘Cult of Self’ that has destroyed our civilisation and enslaved us all to power of the globalists – not God!

Taken from the book – ‘Quantum Mechanics For Your Soul: How to Save the World and Repair Yourself at the Same Time’