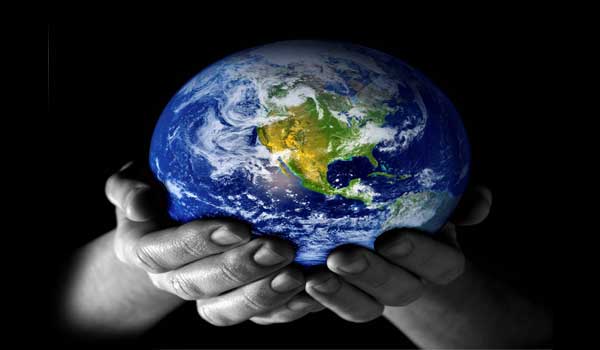 Dr Steven DiMattei is probably the most clear sighted New Testament scholar working in the field of Biblical Studies today. What is even more remarkable is that his field of study is, in fact, the Tanakh ‘The Old Testament’ rather than the ‘New’.

That in itself would be interesting, if perhaps a little presumptuous, but, from the point of view of the Jesus of History Project, what makes Dr DiMattei’s work almost unique is the fact that he endeavours to read the Hebrew texts without Jewish or Christian bias. In fact, he tries to read ancient Hebrew texts as the original authors intended their work to be read. Dr DiMattei seems to be entirely ignorant of the fact that his somewhat revolutionary approach has unearthed a synergy between his own work and Professor Israel Finkelstein, with whom most of the Jesus of History community are familiar. The Jesus of History Project is hoping to interview Dr DiMattei over the comming weeks to discuss exactly this point.

Those of you who are new to our site, and may not have read any of our books, may be shocked by the idea that the Bible has contradicitons but given the fact that the Tanakh (Old Testament) was written by different people from different countries, for different spiritual, cultural and political reasons over a period of at least a thousand years, it cannot be a surprise that there are contradictions. What shocks me and the Jesus of History Project is the fact that people refuse to face the obvious truth: that a book, which consists of hundreds of separate documents, poems and books, which have been shoehorned together to create the appearance of a single coherent narrative cannot avoid being somewhat incoherent, if the reader tries to force the text into his or her own preconceptions.

The ‘Contradictionsinthebible’, which Dr DiMattei has identified, fit perfectly with the evolution of the Hebrew people in the southern Levant.

In this blog, taken from Dr DiMattei’s website, he discusses a question that has animated Christians for the last two thousand years:

Which God Created the Earth – El or Yahweh?

Creation myths abound in just about every culture that has conceived of a national deity or deities. The ancient Near East is certainly no exception. A vast number of creation myths exist from ancient Egypt, Mesopotamia, and Canaan.1 And many of these creation accounts display cross-fertilization of ideas and influences. This is especially true concerning the influence that both Canaan and ancient Mesopotamia exerted on Israelite culture and the emergence of its literary traditions, including the imagery used in depicting its national deity, Yahweh.

The influence of Mesopotamian creation myths on the composition of both creation accounts in the book of Genesis (P’s and J’s) was already discussed in #1. And in #2 we saw that both Mesopotamian and Canaanite creation myths depicting the creator god, Marduk and Baal respectively, forming the heavens and earth from the creative act of separating and dividing the remains of a slain primordial water serpent, had left their mark on biblical writers who sought to depict Yahweh slaying Leviathan in a similar creative effort (e.g., Ps 74: 13-17; Job 26:12-14). There are a number of Egyptian parallels and creation myths as well.

Thus an array of deities were viewed and proclaimed creator of the heavens and the earth in the ancient Levant. Such claims, furthermore, often passed in non-exclusive terms. The claim that Baal created the heavens and the earth, for example, or that Marduk created the heavens and the earth, or El, etc., were not perceived as mutually exclusive claims. Many of these gods shared similar features and functions and were often depicted as merely contending manifestations of one another—the beauty behind the polytheistic imagination. For an unknown period in early Israelite culture, when it had not fully separated itself from its Canaanite roots, Yahweh too was depicted in similar fashion. Both the archaeological and biblical record preserve remnants of this theistic syncretism.2

The Priestly creation account in Genesis 1:1-2:3 uses the generic neuter plural Hebrew noun elohim to render its storyline: God creates. J’s account in Genesis 2:4b-3:24, although confining the creation to plants, animals, and the human pair, speaks of Yahweh (yhwh) making or fashioning the things of the earth, and 2:4b accredits Yahweh with the creation of earth and heaven. Additionally, there are other biblical references to Yahweh as creator of the heavens and the earth, especially in the Psalms and second Isaiah. This comes as no surprise. Yet Gen 14:19, uses this same epithet, “creator of the heavens and the earth,” when speaking about the god of the mysterious figure Melchizedek, which in the Hebrew is literally El the most high (’el ‘elyōn).3

The passage, in its Hebrew, clearly presents El as “creator of the heavens and the earth,” which is one of El’s epithets. Although the Hebrew el can also be translated as the generic term for “god,” there are good grounds for reading el as a proper name. For this is not the only place in the Pentateuch where El appears (see #27). And as a growing number of scholars contend, El was most likely “the original god of Israel.”4

We are additionally informed in this bizarre story that Melchizedek is king of Salem, that is ancient Jerusalem. The archaeological record as well as biblical passages such as the one above have confirmed that Jerusalem, prior to David’s conquest was a Canaanite city and its cultic activity was centered around the worship of the high Cannanite and/or proto-Israelite deity El. How is it then, that this story (Gen 14:1-24), whose source is still unidentified by scholars, and which proclaims the Canaanite deity El as creator of the heavens and the earth, is preserved in the biblical tradition? And furthermore, in the same story, how can the author also have Abram apparently proclaim that Yahweh is El the most high, creator of the heavens and the earth? “But Abram replied to the king of Salem: ‘I have sworn to Yahweh, El the most high, creator of the heavens and the earth . . .’” (14:22). One reply might be to assert that the biblical record itself is making the bold claim that Yahweh and El are the same god! Could the biblical text be making such an assertion? And if it were, why?

The inherent relationship between Yahweh and El and the question concerning whether they were conceived as the same god or different gods is addressed in fuller detail in #27. Here, we might limit the discussion by briefly noting a couple of other passages that fuel further thought on the topic. First, contrary to J’s assertion that the name Yahweh was invoked, and thus Yahweh was known by name to the patriarchs (Gen 4:26, 12:8, 15:7), both P and E assert otherwise (see #7). For example, P has the god of Israel say to Moses in Exodus 6:2-3 “I am Yahweh; but I appeared to Abraham, to Isaac, and to Jacob as El Shaddai, and I was not known to them by my name Yahweh!” Thus according to the theological convictions of this author (P), Yahweh did not make himself known to the patriarchs, but instead revealed himself as El Shaddai, that is “El of the mountain.” Gen 17:1 affirms this same conviction, again from the pen of P: “And Yahweh appeared to Abram and said to him, ‘I am El Shaddai; walk before me and be unblemished.” J, however, makes no such claim: Yahweh makes himself known as Yahweh to Abraham. The P narrative thus seems to suggest that the patriarchs knew Yahweh as the Canaanite or proto-Israelite El—indeed, that El was Yahweh! Outside the realm of theology, and more inline with the historical and archaeological record, this translates to the possibility that over a period of time in early Israelite culture, which shared the same material culture as the Canaanites, imagery and aspects of the god El were transferred to Yahweh, so that eventually El, known to the patriarchs, become Yahweh at Sinai! In the current passage we either have represented an assimilation between Yahweh and El the most high such that the epithet “creator of the heavens and the earth” refers to the two which are one (Christians like these kinds of “mysteries” as they call them). Or, the text preserves a remnant of an earlier period in ancient Israelite religion when the Israelites recognized and worshiped El as the creator god. Biblical scholars and archeologists alike are apt to choice the later option here. And as we shall see (#27), the biblical record also seems to support this. The ancient tale of Jacob building an altar at Shechem and invoking “El, god of Israel” (Gen 33:20) is one such remnant.5 Finally, along this line of reasoning Frank Cross suggests rather convincingly that the name Yahweh derives from the Canaanite yahwé which means to create, and thus the name Yahweh “is a causative imperfect of the Canaanite-Proto-Hebrew verb hwy, “to be.”6 Thus originally the word yahwé might have been an epithet of the deity El as creator of the heavens and earth. In fact, it is still quite possible to read Genesis 14:22 in this light: “I have sworn to he who creates (yhwh), El the most high, creator of the heavens and the earth.”7