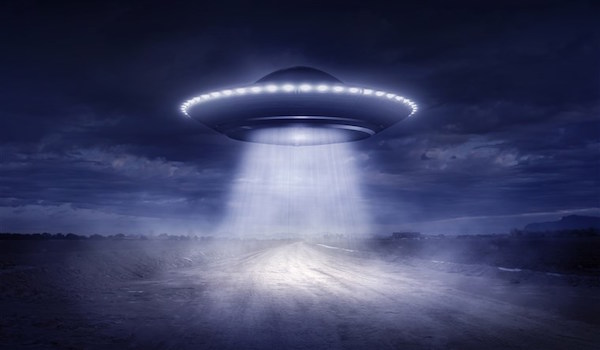 by Shelley
ChristianityJesus of History

Before the fall of the Second Temple, the Jewish people were trying to decide the nature of God. With the destruction of the Kingdom of Judah, the Romans prevented a reformation of Judaism and have left Jewish religious vision frozen in time like a fly in amber. Some of the Dead Sea Scrolls and the texts of the early followers of James the Just have preserved an early vision of God, which is virtually identical to modern Kabbalah and is the complete opposite to the Blood God of the Judeans. These lost texts reveal a people struggling to come to terms with their own stories.

On 9/11 two planes flew into the Twin Towers. The attacks on the Twin Towers are an historical fact and each story told about the event says more about the people telling the story than the event itself. Depending on your religion, cultural heritage or agenda, the story you favour regarding 9/11 might be one of the following:

People cling to stories as if they were a part of themselves and rarely give any thought to the implication of those beliefs. When the story inculcates a concept of God, the images of that story tend to immediately bypass any capacity for reasoned thought and immediately lodge directly in the subconscious. For some Muslims supportive of the attack, it was the ‘will of God’. If any thought is given to the innocent people who were killed, the general conclusion is that the innocent dead are now martyrs. The Jewish people have been trying to reconcile the images created within the stories of the Torah (Old Testament) for over two thousand years. Most Christians know the name of the book but assume that it has been made irrelevant by Jesus. Islam (Sunan Abu Dawud, Book 38) initially embraced the Old Testament vision of God only to lose interest during the beginning of the twentieth century. The revival of a fundamentalist version of Islam by the Wahhabi movement has led many within the Ummah to enthusiastically embrace the moral ambivalence and blood thirsty horror of the Torah’s original vision.

So in the twenty-first century, we have reached a strange position. Because of these stories about God, some people ‘of conscience’ feel compelled to become atheists and reject this vision. Many people feel obliged to bring the horrors of the Torah to life and graphically re-enact the punishments described for the benefit of the world’s media. In researching early Jewish Christianity and its relationship with Kabbalah, I have found an obvious and clear philosophical link between the two, which we will shortly explore but the connection between Kabbalah and the Torah is less obvious and requires careful examination.

For most Jewish people, the Torah (Old Testament) and its stories are a tribal flag. In discussions with Goyim (Non-Jews) they tend to oscillate between two positions.

Before it is anything else, the Bible is a collection of stories. Like 9/11 many of those stories are based on real events. For example the actual Hyksos expulsion from Egypt is a dramatised account detailed within the stories of the Exodus. It is disingenuous to say that this story doesn’t mean what it says it means. You cannot have your scholars declare the historical accuracy of the text and then say it doesn’t mean what it says it means.

The Torah then is part history, part cultural repository of proverbs, poetry, and philosophy. We should not be surprised when events or characters are merged and changed to reflect the agenda and view of the writer; that doesn’t change the reality upon which the story is based. Serious problems arise, however, when the writer presumes to speak for God.

I could say that the Governments of the world caused 9/11 to bring about ‘one-world-government’. I could say that Mossad organised the attack to further its hegemony in the Middle East. I could even say Aliens did it but the moment I say that God wanted three thousand people to die I cross a line. We must be very careful of the stories we tell. Stories can change the world.

For believers, when God orders the racial genocide of the Amalekites and the Midianites (1 Samuel 15:3/ Numbers 31) that’s considered good. When the Nazis try to do the same that’s bad. When God orders the sacrifice of every first born son (Exodus 13:2) that’s good. When a woman wants an abortion that’s bad. When God wants to have a goat thrown down a cliff, to a painful death. (Leviticus 16:10) Good! When Satanists sacrifice goats: bad. The Gospels hint at the indignation that many Galileans felt at this moral hypocrisy. We know from Epiphanius of Salamis that many Galilean movements rejected the books of Moses as forgeries and clung to an oral teaching not now available. I would posit that it is this disenchantment that led to the evolution of Jewish belief within Kabbalah.

Stories then are reflections of the inner life of the teller. Over a thousand years, the inner life of the Jewish people matured. Their vision of the blood God of the Torah evolved into the most profound transcendental teachings the world has ever known. How? As we have previously discussed, the Israeli Elohist view of God is incorporeal.

Sometime during the first millennium BC this view deepened and gave rise to a view of God as the ‘force that animates all life’, within which ‘we are all united’. From being a God who demanded sacrifice he became a God that treasured all life.

Exodus 13:2 ‘Sacrifice to me every firstborn, the first offspring of every womb among the sons of Israel, both of man and beast; it belongs to Me’. Became: Psalm 145:9 ‘The Lord is good to all; his loving-kindness extends to all he made.’

An argument can be made that many of the statements made by the historical Jewish teacher we know as Jesus were based on the Torah. ‘Why call me good? Jesus answered ‘There is none good but God alone.’ Mark 10:18. is obviously a mirror of Psalm 145:9. But it is hard to trace the genesis of this evolution.

When I say modern Kabbalah, I am referring to the teachings of Rav Ashlag and his commentary on the ‘Ten Luminous Emanations’ and Rav Kook who said that ‘in a still small voice the wisdom of Israel speaks through Kabbalah’.

Today Rav Michael Berg and Rabbi David Aaron are possibly the most accessible teachers of this view of Kabbalah. I do not have the space here to go into these concepts in detail but will just touch on the parallels.

Kabbalah teaches us to not give in to the evil inclination to ‘receive for the self alone’. We learn to find the path of ‘receiving in order to share’. We learn how to be proactive. When Jesus says, “if you are struck on one cheek, offer them the other. If you are pressed to walk a mile, go with them two.” From a Western or Christian point of view, this approach makes no sense but in the context of Kabbalah it is the only logical course of action.

When the Nazarene movement says, “Ask and it will be given to you; seek and you will find; knock and the door will be opened for you.” It is reflected in the teachings of Kabbalah ‘Baat Kol’ which is the ‘still small voice’ that Rav Kook, of blessed memory explained.

Only by viewing the world through the prism of Kabbalah can a statement like the following make sense. ‘But I say to you, love your enemies, and pray for them that persecute you; that ye may be sons of your Father who is in heaven; for he maketh his sun to rise on the evil and the good, and sendeth rain on the just and the unjust.’ Within the Father of lights we are all one and if my enemy is me, then in forgiving him I am forgiving myself.

In 2015 in Paris, Colorado Springs and in Duma, fundamentalists calling on the name of Allah, Jesus, and Yahweh, respectively killed too many innocent people. These fanatics killed because they believed a story about God. On 9/11 three thousand people were killed because of a story that had started three thousand years before in the Torah. In the Q-Document, the historical Jesus taught that the stories we tell are of the utmost importance. Every second of every day we are all faced with a crossroad and we must choose the path of life or the path of death.

It is only within Modern Kabbalah that we can learn to understand how to take the path of life. It is fitting that I should end with the words of the great Rav Kook,‘ The tendency of unrefined people to see the divine essence as embodied in the words and in the letters alone is a source of embarrassment to humanity, and atheism arises as a pained outcry to liberate man from this narrow and alien pit, to raise him from the darkness of focusing on letters and expressions, to the light of thought and feeling, finally to place his primary focus on the realm of morals. Atheism has a temporary legitimacy, for it is needed to purge away the aberrations that attached themselves to religious faith because of a deficiency in perception and in the divine service. This is its sole function in existence…’

Maybe the historical Jesus would see our belief in these ancient stories about God as a kind of idolatry. Maybe within our stubbornness and racial pride, he would see the ultimate blasphemy.

If you enjoyed this Blog, then you might like: What is Spirituality and can it be found in a book?

Watch: Did the Jesus of History invent Christianity?