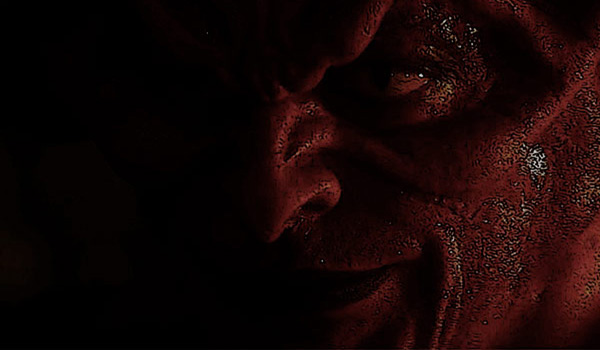 Everyone wants to know what Evil is and how to avoid it. Nobody wants to suffer or cause suffering but most of us are blind to it. The Jesus of History taught the Narrow Gate as a way to overcome human suffering.

By definition, the creator of the physical universe must be eternal. Paradoxically, we also know, from textual and physical archaeology, that how a culture understands evil evolves with that culture. It is evidentially true therefore that any scriptural or religious explanation of exactly what evil is and what constitutes a sin is more a reflection of its author and his time than it is of God.

Early Hebrews assumed that human suffering, of a nation or an individual, was itself physical evidence of God’s anger and therefore of ‘sin’. All of the prophetic narratives explain  national calamities and private tragedies as a direct result of sin; evidence of those crimes is rarely, if ever, offered or requested.

Evidence of this theodicy is to be found in those texts that assert that possession of the land and of good health was evidence of the approval of God.

By the fourth century before the common era Judah had been invaded and enslaved by the Egyptians, the Assyrians, the Babylonians and by the Persians. After the Greeks invaded in 330 BCE, the Judean religious elite could no longer keep blaming the Judean people for their own suffering.

By the middle of second century BCE, the Judean priests had to come up with a different story to explain away the failures of their own political and religious elite. They came up with the idea of the last day and the resurrection of the dead as a way to explain human suffering without blaming God, which would of course threaten their own power base. It’s important to note that prior to this date, the Hebrew texts had no concept of an afterlife.

It is for these socio-political reasons that the Tanakh contains textual evidence for a huge range of definitions of evil. However, it is true to say that what constituted evil in the Second Temple period was largely defined by a literalistic interpretation of hundreds of legal prohibitions and obligations implicit in the Judean covenant with God.

We know from the Talmud and contemporary history that by the first century of the common era, a much more nuanced and spiritual explanation for the world and how God is expressed within it still existed and was vying with the ascendant Judean narrative for the hearts and minds of the Hebrew people.

As a part of that first century milieu, the Jesus of History is entirely contemporary but it is also evident that he was a visionary spiritual innovator of incredible profundity.

He said, “You have heard it said, ‘You shall not commit adultery’ but I say unto you that every man who looks at a woman, to lust after her, has committed adultary in his heart”.

This recognition of the role that our minds play in the creation of human suffering did not start with the Jesus of History. The prophet Samuel was active in the Northern Kingdom of Israel at the turn of the first millennium BCE – a thousand years before the Jesus of history, he said:

“I am keeping myself from the depravity of me. Showing mercy I find mercy.”

It is evident then that the Northern Hebrew people had a very profound and nuanced understanding of human psychology, and the part it played in creating human suffering.

The Jesus of History however, took this Galilean – Northern Israeli – tradition to a new level.

“For where your treasure is, there will your heart be also.”

In modern terms we could paraphrase this teaching as ‘what you focus on is what you get’.

This begs the question if suffering or sin is caused primarily by the focus of my attention, how can I learn to police my own thoughts? Is it even possible.

Contrary to popular belief, mental training – or what has come to be called Meditation – is the foundation of the Torah and of the prophetic tradition and is implicit within both Judaism and Islam. The Hebrew term ‘Hitbotdedut’ is used to describe the process and is derived from the root ‘Baded’ which means to be alone both mentally and personally.

“One must seclude himself in his thoughts to the ultimate degree. The more one separates himself from the physical the greater will be his perception.”

Rabbi Levi ben Gershon, who wrote in the 13th century of the common era also explained.

“Prophetic revelation requires the isolation (hitbodedut) of the consciousness from the imagination, or of both of these from the other perceptive mental faculties.”

Both of these quotes are taken from Rabbi Ayeh Kaplan’s book ‘Meditation and the Bible’.

Many  people leave the Jewish and Islamic religions because they think their tradition is dead. Their prayers are empty and God is dead to them but this is such a shame and a big mistake.

The Jesus of History explained that God must first be found within.

“They  will not say Look here, Look there! For the Kingdom of God is within you”

This teaching begs the question ‘What is the easiest way within our own mind. How can we learn to sit with the river and not chase our thoughts and be carried away. How can we isolate ourselves from our thoughts.’

The easiest way within is to follow your breath and this is where Hitbodedut begins. This is how we learn to notice the Narrow Gate:

I know what most of you will say. I can’t concentrate. I can’t silence my mind!

But this is not true. When you read a book or watch a good movie your mind is silenced and your consciousness is open to whatever you are concentrating on.

When we listen to complex music we can chose to listen to the orchestra or we can focus on one individual instrument.