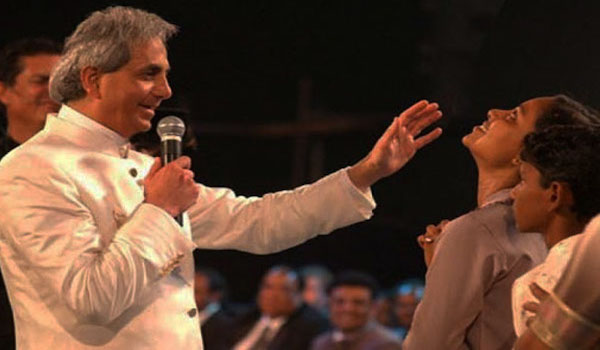 Christianity has been a major part of Western culture for the last two thousand years and as a textual based religion it has programmed people to think of the written word as their spiritual datum. For two thousand years, people have been discouraged from filtering their beliefs through the lens of their own life experiences and common sense.

The very popularity of Christianity, until very recently, demonstrates that most people were quite comfortable believing two statements at the same time, both of which were mutually contradictory. For instance, Jesus said he was the son of god but also said that he was not.

The result of these limitations, imposed on literary comprehension, is that people find it very hard to tell the difference between fact or fiction. Neither is it generally possible for people to comprehend statements that express Experiential Divinity, certainly as spoken by the Jesus of History.

Inevitably therefore, when Christians found that they couldn’t understand the teachings of Christ, they felt far more comfortable making up their own words and putting them in the mouth of Jesus. To be fair, these 19th century fraudsters were not the first people to presume to speak for Christ! All of the gospels are examples of pseudepigrapha (falsely attributed work – AKA: Fraudulent). These ‘holy’ frauds became very popular as soon as ordinary people were allowed to read the Bible in their own language. From the point of view of the Jesus of History project, the ‘Unholy’ Fraud that we are most asked to comment on is the ubiquitous ‘Urantia Papers’. Having waded through the book twenty years ago, we had largely dismissed it as not being worthy of a mention but due to popular demand we will try to give the curious reader enough information to form a reasoned opinion.

For those of you who don’t know, William S. Sadler was an American doctor in the late 19th and early 20th century. He was a avid member of the Seventh-Day Adventist Church, which famously had a frightening habit of repeatedly predicting the end of the world. That in itself brings into question Sadler’s common sense if not his sanity. He was the man behind the book but claimed it was dictated to him by a sleeping man. If you can brace yourself enough to read the book and have ever writen anything more substantial than a shopping list, you will know that he is a liar. Sadler married the niece of John Harvey Kellogg (obviously not that stupid). You may remember Kellogg as the guy who made your breakfast cereal. Both Kellogg and Sadler were committed to the Eugenics movement and to the purity of the white race. The wealth of the Kellogg fortune may have something to do with the fact that this ridiculous book just won’t die.

The Urantia book contains exactly what you would expect a well educated, but none too bright American of the 1920s, to say in order to sound intelligent.

Evolution from a common ancestor via natural selection is assumed to be a fact.

Astronomic scientific theories of the time are presented as reality.

The superiority of the Northern European race is assumed to be self evident.

Its account of early human history is beyond ridicule.

Putting aside the ridiculous pseudo science we can turn our attention to the theology. In actual fact the Urantia papers, like all of the other ‘Unholy’ frauds, regurgitates a version of Calvinist Christianity and can be dismissed with the same datum by which we dismiss Christianity.

Chapter 53 tells us all about Lucifer’s rebellion despite the fact that the whole idea of ‘Lucifer’ is based on a mistranslation of Isaiah 14:12

Howl, son of the dawn! You have been hacked down to the earth, defeater over all nations”

The line ben Shchar is Hebrew poetry and is a reference to the son of the Babylonian King as morning star to his father (being the dawn). Christian Bibles helpfully maintain the fraud by keeping the Latin term Lucifer and insert their own theology into the text.

Chapters 40, 44 – 47 inculcate a Trinitarian polytheistic theology, which is entirely Greco-Roman in view and has nothing to do with the Jesus of History.

The entire part IV – entitled ‘The Life and Teaching of Jesus’ can be dismissed as a seemingly endless wall of words that adds nothing to the actual four gospels. Obviously, the book was written by someone who knew nothing of Hebrew or Greek. He also knew nothing of the forgery at the end of the Gospel of Mark.

As a summary, the book of Urantia is no more ridiculous than the narrative stories in the gospels. It’s view of God would have been no more or less offensive to the Jesus of History than other Christian documents. It certainly offers the reader nothing of any real use. Talking of fraud, the Reverend G. J. R. Ouseley, who created the Gospel of the Holy Twelve, solved the problem of trying to understand the teachings of the Jesus of History by simply writing his own gospel.

Reverend Ouseley published his gospel in 1898, over a period of three years. He said that he’d translated it from the original Aramaic, which is a language that the old rogue couldn’t speak. He said that the ‘document’ was taken to Tibet and saved by the Buddhist monks, which would have been a miracle as Tibet wasn’t a Buddhist country until the 7th century. So that would have been quite a wait for the Essenes.

Eventually he admitted, in private, that he had ‘received’ (in a dream) the text from Anna Kingsford and Emanuel Swedenborg. The problem was that neither of them, while they lived, spoke Aramaic. The truth is that Reverend Ouseley was greatly influenced by the Theosophical Society (a creation of another great fraudster: Madame Helena Blavatsky) and Dr Anna Kingsford who had published her own secret Jesus tradition in her tedious lectures entitled ‘The Perfect Way’.

A few years later, in 1908, Levi H. Dowling gave us his Aquarian Gospel of Jesus, the Christ. Dowling continued with the Victorian fascination with all things ‘Tibet’ and in his ‘gospel’ has the young Mr Christ travelling to Tibet and then through the Middle-East to Egypt. All to ‘prove’ that he is God.

Obviously, this begs the question, what was the point? If not even Christ’s own students (except Paul) thought that he was a living God, why did Jesus go backpacking around the world to prove the fact to the wisest men of his day, and why didn’t any of them think to record the meeting with a living god in their own writings?

Again, like Rev Ouseley, these narcissists can’t help but reveal the impressive profundity of their ignorance. Dowling opens his gospel with the quote:

“Augustus Caesar reigned and Herod Antipas was ruler in Jerusalem.”

Unfortunately, most people, who are vaguely aware of history, know that Herod Antipas never ruled in Jerusalem. Not exactly a confidence building opening statement! On Jesus’ gap year in India, Dowling had him visit the city of Lahore. Unfortunately, that city didn’t exist in the 1st century CE.

Like most of the spiritual nonsense published today, Dowling claimed that he ‘downloaded’ (in a dream) the Aquarian Gospel from the ‘Akashic Records’. (A made-up term coined by the master fraudster herself, Helena Blavatsky, to refer to information only available to her when she was in contact with her ‘spirit’ guides.)

Both Ouseley and Dowling were successors to Emanuel Swedenborg, the famous Christian Mystic.

Emanuel Swedenborg impressed the ruling elite during the seventeenth and eighteenth century with his esoteric version of Calvinist Christianity.

Swedenborg was a fascinating man but like Blavatsky, he claimed to download all his information from the ‘spirit world’. Despite being able to plug into the world of angels directly he never managed to get free of Calvinist dogma of original sin and vicarious sacrifice.

All of these people have one thing in common, they felt entitled to put their own words and their own philosophical agenda into the mouth of the Jesus of History. They are not alone in this conceit; the lies of Saint Paul robbed the Jesus of History of his teaching, his family and his humanity.

To be honest, Rev Ouseley’s work is no crazier than much of the rubbish published today as ‘Conversations with God’. Here’s an example of a modern fraud:

“The deepest secret is that life is not a process of discovery, but a process of creation. You are not discovering yourself, but creating yourself anew. Seek therefore, not to find out Who You Are, but seek to determine Who You Want to Be.” Neale Donald Walsch

Mr Neale Donald Walsch is a failed actor who tells everyone, who will pay to hear, that he hears the voice of god. Strangely enough, according to Mr Walsch, god sounds very much like Mr Walsch. As you can see from the random quote, Mr Walsch has created his gospel for the church of the ‘Latter-day Narcissists’ by regurgitating ‘Beat Zen’ for libertarian Christians of a certain age.

Apparently god is not entirely happy with his direct connection to Mr Walsch and, in response to a question from Mr Walsch, retorts: “What do you want? I’m old!”

The good news is that Walsch contends that “God” told him that “there’s no distinction between right and wrong.” Rather, “good and evil are mere illusions.”

Only someone who has never seen evil could pretend to believe that it doesn’t exist. Unfortunately, not believing in the truck that hits you doesn’t save your life.

This blog is taken from the book – ‘The True Sayings of Jesus: The Jesus of History vs The Christ Myth‘