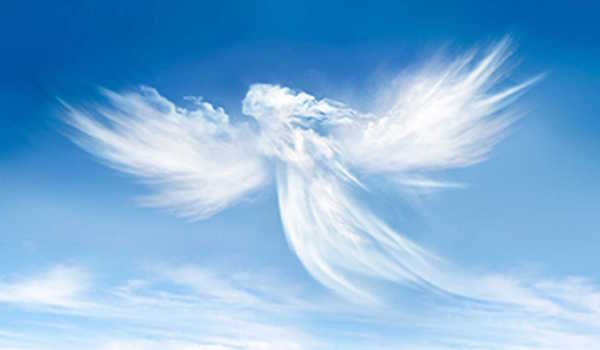 by Shelley
Jesus of HistoryTrue Sayings

Now that we’ve finally separated the Jesus of History from the Christ story it would be logical for many people to ask, “If not Christ why even bother with Jesus?” An even more important question might be, “After two thousand years, why now?”

Truthfully, before I can answer these two, rather pertinent, questions I would have to insert the caveat that the relevance of the Jesus of History entirely depends on what you are looking for. Therefore, in order to clarify our terms of reference, I will need to make a bit of a digression, so please bear with me. Imagine, if you will, that I had climbed the mountain behind my house. I trained and prepared for months and months and after much effort I got to the summit. I could draw you a detailed map. I could list the items of equipment that you would need. I could stipulate the kind of clothing you would need to wear. I could even try to describe the view and I could say that ‘as the sun rose I saw angels flying with the eagles’ but without repeating my experiment for yourself the experience would remain forever beyond you.

You might choose to believe in my descriptions and you would be able to pass on those stories to other people but your belief would not have changed you. You could decide to worship the map as sacred and revere the stories of the angels as scripture but no matter how deeply you ‘believed’ it would not give you the wisdom and the strength of the actual experience.

Cult of the Mountain

In your heart of hearts you suspect that there are no angels at the top of the mountain so any information or opinion that challenges your belief you resist violently. You would have achieved ‘belief without effort, superiority and belonging without the need to excel’. You might then feel well justified in violently subjugating the world to the will of the priests of your cult and avoid ever having your ‘belief’ challenged. From this little analogy we can say that ‘belief’ based on ‘knowledge’ is inherently empty. ‘Wisdom’, on the other hand, comes from work, change and direct experience.

To understand the importance of the teachings of the Jesus of history (if you will indulge me further) there is yet another detour we need to make. Do you remember the film, ‘Groundhog Day’? If not, I’m guessing that most people will be familiar with the film ‘Scrooge’?

In both films, a cruel and selfish man objectively sees his past, present and future and through the experience fundamentally connects to a reality of which we are all subconsciously aware. When Phil Connors realises that, contrary to his previous cynicism, every moment of life and everyone he meets is infinitely precious. That message resonates deep within all of us. If that were not true, these films and millions like them would not really work.

We all recoil when we watch yet another narcissistic suicide bomber lecture the world on why he feels aggrieved enough to go out and kill innocent people. We all mourn as yet another self-obsessed star, lost within the illusion of their own desires, manages to kill themselves.

The common denominator to all of these sad stories is the universal sensation of a separate self and the suffering that illusion causes. Phil Connors, the Islamic Terrorist, Scrooge, the sexually obsessed actor with a needle in his arm all choose themselves over something else. Prior to the fall of Herod’s Temple and the destruction of Jerusalem by the Romans, Hebrew spiritual life was extremely diverse. That destruction put an end to a religious reformation and civil war that had been raging since the fall of Israel to the Assyrians in 722 BC. In the first half of the first millennium, the Pharisees united what was left of the Jewish people and became what we now call ‘Rabbinical Judaism’.

So if you want to worship the map and if you feel the need to believe in the angels at the top of the mountain then I guess that the teachings of the Jesus History, and his example, are probably not for you.

If, on the other hand, you want to climb the mountain for yourself but keep tripping over the stories told by ‘religions’ and their unhealthy preoccupation with the map; then, like me, you could well find that the words of the Jesus of History are the most profound spiritual teachings you have ever found.

The teachings of the Jesus of History include the ‘Two Ways’ and the ‘Narrow Gate’ doctrines. These teachings actually result in a form of Judaism that is, in many ways, much stricter than the ‘Rabbinical’ form but is free of its racial divisions. Where for many Jews the Mitzvah are cultural identifiers and totem objects, by focussing on and guarding the gate of intention they once again become tools that bring us closer to the ‘Mountain’ to which we are all connected.

The ‘Narrow Gate’ doctrine reveals all mental constructions of the self to be ‘idolatry’. Within the teachings of the Jesus of History, there is nowhere to hide. We cannot feel the satisfaction of being ‘saved’ through belief. Nor can we feel justified by an accident of birth and superior by virtue of our culture. We are, like Scrooge and Phil Connors, confronted by reality naked of the pretensions we clothe our self in and finally we learn that every moment and every life ‘matters’. In my opinion, this is why the teachings of the Jesus of History are so important and in a world torn apart by fundamentalist violence on every side we have never needed a way past ‘belief’ more.

If you enjoyed this Blog, then you might like: What did Jesus say and what did he actually mean?  and The Sayings of the Jesus of History