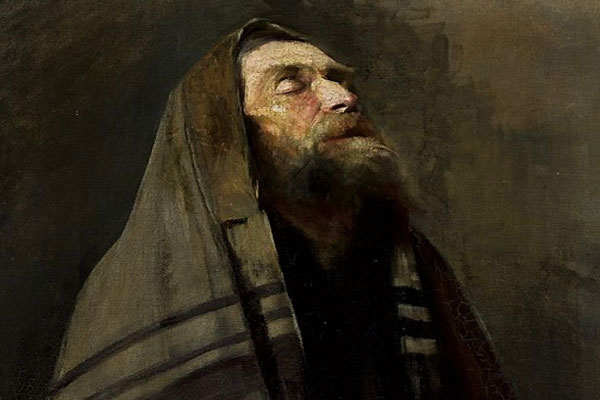 Forensic analysis of the historical texts based on philosophical coherence reveals a truth that Christians would prefer to ignore. That’s why that in any debate Christians try to determine which historical documents are kosher and which are not but that is not how history is done. Facts are facts! You ignore them at your peril.

Biblical Scholars have known for the last two hundred years that, hidden within the words of Christ, there are a collection of sayings that can be reliably attributed to the Jesus of History and have obviously been copied from a common source.

Unlike the Pharisees, the Jesus of History didn’t see God as a man in the sky. For him (and much later for Kabbalah), God was the soul of souls. For the Jesus of History there is nothing that is not God. He often used the word ‘Light’ as a metaphor for the proximity of God.

“There is a light within a person of light and he will be a light to the world but if he does not find that light, there will be darkness and he is that darkness.”

The Jesus of History taught that God must first be found within and then He will be seen everywhere.

On the other hand, both the majority of Judeans and all Greeks thought of divinity in the form of a man. The Greeks had many Gods and after 300 years turned Christ into one of three Gods but that is not what the Jesus of History taught.

“Why call me good? There is none good but one, God!”

“The most important precept you will hear is ‘Listen Israel, the Lord, our God, is one’.”

Both of these sayings are from the oldest common source document. That core of sayings use Hebrew syntax, transliteration and humour. They were used by the Gospel writers to give a Hebrew flavour to their Greek cult.

“There is nothing like unto Him, and He is the All-Hearer, the All-Seer”

“No vision can grasp Him, but His Grasp is over all vision”

“Praise be to Allah. He is such that senses cannot perceive Him, place cannot contain Him, eyes cannot see Him”

Archaeology in the Southern Levant reveals how important ritual purity was to the Hebrew people. Like many religions based on the mystical experience, Hebrew spirituality understood evil to be something that contaminates us like a virus. Most homes in Israel and Judah had access to a pool of water called a Mikveh in which a person could totally immerse themselves in order to wash away spiritual contamination.

We know from The Panarion of Epiphanius of Salamis, an extra biblical source, that in the 4th century, the Nazarenes were still using the Mikveh daily as part of the tradition handed down from the Jesus of History.

Rabbinical Judaism, on the other hand, abandoned daily full immersion but still wash hands before prayer.

Unfortunately for Christians, Saint Paul turned ritual purity into a once in a lifetime Greek initiation ceremony they call Baptism, in which the magical power of the Holy Ghost is given to the initiate. It was Paul who came up with the idea of Baptism in water in the name Christ:

“One Lord, one faith, one baptism”

Islam has successfully preserved the tradition of ritual purity and it still forms a big part of every Muslims daily prayer life.

“O you who have believed, when you rise to [perform] prayer, wash your faces and your forearms to the elbows and wipe over your heads and wash your feet to the ankles. And if you are in a state of janabah, then purify yourselves. But if you are ill or on a journey or one of you comes from the place of relieving himself or you have contacted women and do not find water, then seek clean earth and wipe over your faces and hands with it. Allah does not intend to make difficulty for you, but He intends to purify you and complete His favor upon you that you may be grateful.”

Ritual fasting had been a part of the religious experience for many Mediterranean cultures in the early first century. The Tanakh (Old Testament) has many references to the Hebrew people using fasting as a normal part of their spirituality.

“Then the word of the Lord of hosts came to me, saying, “Say to all the people of the land and to the priests, ‘When you fasted and mourned in the fifth and seventh months these seventy years, was it actually for Me that you fasted? When you eat and drink, do you not eat for yourselves and do you not drink for yourselves”

Many of the sayings and narrative stories in the New Testament presuppose that fasting was a part of Pharisee and Nazarene Practice.

Having set the stage, the gospel writers are keen to explain that their Christ disregarded the Sabbath. Unfortunately for Christian propaganda, their main point is refuted by the earliest sayings of the Jesus of History contained within the common source (Q-Source).

“Bless those who curse you, and pray for your enemies, and fast for those who persecute you; for what reward is there for you if you only love those who love you? Do not even Gentiles the same? But love those who hate you, and you shall not have an enemy.”

“Whenever you fast, do not put on a gloomy face as the hypocrites do, for they neglect their appearance so that they will be noticed by men when they are fasting. Truly I say to you, they have their reward in full. But you, when you fast, anoint your head and wash your face so that your fasting will not be noticed by men, but by your Father who is in secret; and your Father who sees what is done in secret will reward you.”

It makes no sense for someone to give detailed practical advice on fasting but not practice it himself. Perhaps because of this confusion Christians eventually abandoned the practice of fasting and so has Rabbinical Judaism.

However, in Islam fasting is still a major part of their religion.

“Fasting is a shield from the Hellfire just like the shield of any of you in battle.”

Non-Biblical historical texts like the Didache and the Panarion suggest that the Jesus of History fasted for two days each week and used it as a way to ‘Enter the Narrow Gate’ – self-control.

Prayer was of central importance to the Jesus of History. He prayed in solitude, ideally at a high place and often. When he did pray, it is clear from the text that he knelt and put his forehead to the floor.

“And He went a little beyond them, and fell on His face and prayed”

“After He had sent the crowds away, He went up on the mountain by Himself to pray; and when it was evening, He was there alone.”

This form of prayer was common to the Hebrew people until well into the middle of the first millennium. Coptic Christians in Egypt still pray in the original Nazarene way.

“Abram fell on his face, and God talked with him, saying…”

Unfortunately, with the rise of Islam and Christianity, Rabbinical Judaism was in a difficult position. The Rabbis largely abandoned kneeling and prostration in order to differentiate themselves from Muslims. Movement from the waist replaced quiet bowing.

Formal Nazarene Prayer, like Judean prayer, is understood to have taken place three times a day, although the Jesus of History may have prayed more often. It was said that Yacob (James) the brother of the Jesus of History prayed so much his knees were like those of a camel.

Islam has kept to five daily prayer times and it is interesting to note that the names of the ritual prayers are related to the times of the day: Fajr or Subuh (dawn), Zuhr (afternoon), Asr (late afternoon), Maghrib (just after sunset) and Isha (night).

“Indeed, the hypocrites [think to] deceive Allah, but He is deceiving them. And when they stand for prayer, they stand lazily, showing [themselves to] the people and not remembering Allah except a little, Wavering between them, [belonging] neither to the believers nor to the disbelievers. And whoever Allah leaves astray – never will you find for him a way.”

The Hebrew word ‘Shabbat’ comes from the root Shin-Bet-Tav, meaning to cease, to end, or to rest. Many Rabbis have likened the practice of Shabbat to a mountain suspended from a string. Very little guidance exists in the Tanakh (the Old Testament) although volumes have been written about it.

The Israeli Elohist source understood the keeping of Shabbat as a way of ‘Cleaving’ to God through imitation:

“And Elohim blessed the seventh day and |hallowed it, for in it He ceased from all His work that Elohim had created by making it.”

The Gospel writers suggest that the Jesus of History rejected the Sabbath (Shabbat) but most of their narrative text assumes that he actually kept it.

“And He was teaching in one of the synagogues on the Sabbath.”

“It happened that when He went into the house of one of the leaders of the Pharisees on the Sabbath to eat bread, they were watching Him closely.”

“And He came to Nazareth, where He had been brought up; and as was His custom, He entered the synagogue on the Sabbath, and stood up to read.”

It is somewhat suspicious, given how the Gospel writers were so fond of cut and paste history, that many of the arguments they put in the mouth of their Christ are derived from arguments used by Rabbi Akiva and Rabbi Ishmael who used the term ‘Pikuach nefesh’ to describe any action that saved life at the expense of Jewish law later in the first century.

“The best day that the sun has risen upon is Friday. On it Adam was created, on it he entered Paradise, and on it he was expelled from it. And the Hour will not be established except on Friday.”

“He asked us to stop and take time for Jummah prayer and then afterward, go back to work, home, or whatever we were doing better. And when the prayer has been concluded, disperse within the land and seek from the bounty of Allah, and remember Allah often that you may succeed.”

Islamic law suggests that you must turn your mind to God but if you have to work, you may leave it for prayer and then return to what you had to do. It seems the Prophet Muhammad had a more internal understanding of Shabbat as did the Jesus of History may have done.

It is a little ironic that over the last ten years several notable Christian apologists have abandoned actually debating Christianity and, instead, devote most of their time to pointing out problems with Islam (both real and imagined). Due to the rise of YouTube, their cognitive dissonance in reading the Hebrew texts have become apparent to all.

In their determination to score points against their perceived enemy they fail to notice that they are making their very lives a contradiction of the words and teachings of the Jesus of History.

Of course there are fundamental differences between Nazarene Judaism and the Islamic faith but not so many that we cannot regard each other as children of the same God, under the same sky.