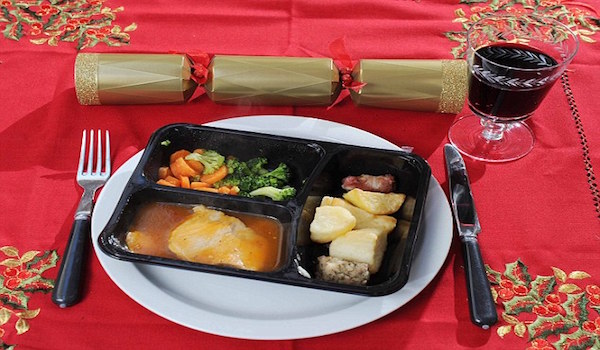 Can you explain why you believe the things you do? Many of our beliefs come with our culture or our age group as a job lot. It takes a lot of courage to analyse your own beliefs. It can be frightening. It is much easier to buy our beliefs off the shelf.

Here in the mountains of Spain, the Spanish women shop every day. They buy fresh produce and cook traditional meals. On the coast there are supermarkets that cater for the holidaymakers. They sell bright expensive packets that contain entire meals. It doesn’t take much effort to prepare these packets. You put them in the microwave and in minutes you have a whole dinner for one.

I’ve noticed that people like to shop for their beliefs in the same way. “Last week I was a Christian but this week I’m a Jew.” “Last week I was a Buddhist and now I’m a Muslim.” They have to cook the whole packet and even eat the meat, even though they are not sure what the hell it is. There is no room for self-expression, only consumption. This religion is for ME! I am right and everyone else is wrong!

We are limited by the nature of our being. We live in boxes made of flesh and look out at the world through five small windows. We filter the world through the prism of our past, so our understanding will always be subjective and limited until we die. Surely, we can see that what we understood before is not what we understand today; therefore, it is fair to suppose that, the way we think tomorrow will not be the same as the way we do now.

According to a Gallup poll in 2015 the world population is now primarily atheist. When Stephen Fry, the famous actor and author, was asked what, as an atheist, he would say to God, he said, “How dare you? How dare you create a world in which there is such misery that is not our fault. It’s not right, it’s utterly, utterly evil. Why should I respect a capricious, mean-minded, stupid God who creates a world that is so full of injustice and pain. That’s what I would say to God.”

Why would such an educated and kind man as Stephen Fry want to be so rude to God? To be fair to Mr Fry, if anyone of an average intelligence reads the books of Moses he could reasonably conclude that either God is a paranoid schizophrenic or there is more than one vision of God described in these documents.

The Torah (Old Testament) is either the word of God directly dictated to Moses or a collection of different stories, which were written by different people at different times for vastly different reasons. How you see these stories will depend on which packet you’ve bought off the shelf.

In the ‘Yahwist’ sources, God is described anthropomorphically (as a man). For example, physically walking in the Garden of Eden looking for Adam and Eve or, as we will see, having small boy’s foreskins thrown at his feet.

Whereas, the Elohist sources describe God as inanimate and beyond the comprehension of man. Whilst we live, he cannot be seen. Angels are often used as intermediaries between us and God. The Elohist story of Jacob’s Ladder in which a ladder begins in the clouds and has angels climbing first up and then down is a classic example of an Israeli Elohist vision of God.

Exodus chapter 3 describes a conversation between Moses and God. In Hebrew, God is described as Elohim and is experienced on a mountain within fire but is not directly seen. Later in chapter 4, God indirectly gives Moses the serpent staff that will help him defeat the Pharaoh. Moses is then ordered to go back to Egypt. However, on the way to Egypt, God has obviously forgotten to take his meds and, for no explicable reason, decides to kill Moses before he even gets to Egypt to do what God had just asked Moses to do. Faced with an angry homicidal God outside of an inn, Zipporah, the wife of Moses, takes a stone and cuts off her sons foreskin and throws it at the ‘feet of God’. (Which is obviously what anyone would have done in such a situation.)

The German Orientalist, Walter Beltz, suggested that the original myth behind this story was about the right of Yahweh (as an ancient fertility God) to receive the sacrifice of the first born son. It is important to note that in the Torah, ‘uncovering the feet’ is an euphemism for ‘uncovering the penis’. When Zipporah lays her sons foreskin on the penis of God and says “Surely a bridegroom of blood art thou to me,” what would otherwise not make any sense and is now easy to see as a Yahwist story inserted into the text. Thus we can surmise where the Hebrew custom of genital mutilation of all male children came from. It is a way to placate the Fertility God’s hunger for blood and avoid the death of the child.

Balaam is another good example of an enlightening Elohist story with a Yahwist tale shoehorned into the middle, which inevitably makes a nonsense of the story. In the book of Numbers 22, the Hebrews have just wiped the Amorites off the face of the earth on the instructions of God (Yahweh seems to like racial genocide). The victorious Hebrews are now camped on the plains of Moab and Balak, the King of Moab, is getting understandably nervous. He goes to the neighbouring Kingdom of Midian and asks for a defensive alliance. The elders hit on the idea of hiring a famous sorcerer to curse the Jews and ensure their defeat in battle.

They offer the Midianite sorcerer named Balaam gold and power to curse the Jews. Balaam says that he will have to ask God. God says “No!” so Balaam tells them “Sorry but you’re going to have to leave – the boss says no.”

After much toing and froing, eventually Balaam says that the Jews are great and he can’t curse them because they are blessed by God. The Elohist story tells us that God is available to all and the righteousness of God will protect us (non-nationalistic).

The palsied hand of a spittle flecked Judean scribe inserted a Yahwist addendum into the middle of this uplifting Elohist story. God wakes Balaam up in the night and tells him to go, in the morning, with the emissaries of Midian. Dutifully, Balaam gets up to go with them as ordered. He mounts his trusty Ass (why does everyone ride ASSES? There were horses all over Palestine! Have you ever ridden an Ass? It’s embarrassing!) Yahweh has obviously missed his meds again and decides to have some fun with Balaam. He sends an angel to sod Balaam around for an hour until, in total frustration and embarrassment; the poor man starts beating up his Ass. Obviously weak from laughter, the angel usefully gives the Ass the power to talk, as he hasn’t the breath to explain what is going on. (Numbers 22:30)

Ever open to reason, Balaam sees what he has done to his trusty talking Ass and feels dreadful. The result of all this arsing around is exactly the square root of nothing. They continue on their way and Balaam is now allowed to finish the Elohist story. He says (from the Hebrew) that “EL is not a man, that He should lie; neither the son of man, that He should repent; when He hath said, will He not do it? Or, when He hath spoken, will He not make it good?” Balaam won’t curse the Jews – THE END. The Yahwist source addendum obviously has a nationalistic agenda and is derogatory to a Midianite. It is extremely unlikely that this is an original part of the story as the wife of Moses was herself a Midianite. (Exodus 2:21.)

Later the Jews are ordered to kill the midianites including all the children. The little virgin girls are kept as slaves. Balaam is used as a scapegoat for all of the failings of the Jewish people. This is a fiercely nationalistic story and most scholars agree that this was added after the Babylonian Exile.

The fall of the Second Temple

In the first century, this dichotomy between the southern Yahwist nationalistic cult of animal sacrifice and the northern Elohist, non-nationalistic vision of peace came to a head. Josephus records that it was the death of the brother of Jesus, James the Just (Ya’akob), that may have triggered the uprising against the Roman appointed cabal of priests that controlled the Temple. This revolution caused the expulsion of the Romans from Judah and inevitably the fall of the Second Temple.

In my opinion, the Nazarene movement, John the Baptist, Jesus and then James represented the philosophy we now call Kabbalah, which inculcates a purely Elohist vision of God. The death of James the Just prevented, in my opinion, the reformation of the Jewish vision of God and the resolution of this Israeli/Judean debate.

Due to the exile of the Jewish people from their homeland, the Pharisees had no choice but to create a philosophy that would unite the people and prevent the dissolution of the nation. What else could they do? The Jewish people, ever resourceful, managed to deal with the paradox of their own texts by the simple expedient of saying, “The texts don’t mean what they say they mean! They mean what we say they mean.”

The problem with this approach is that the Christians, when they stole their religion from the Jews, totally misunderstood their teachings. When the Prophet Muhammad read the Torah, he must have thought all his Christmases had come at once! The Torah clearly justifies a blood soaked theocracy and lends unlimited power to the priests.

Is it not ironic that the forging of the books of Moses has justified such suffering and twisted thinking in the world and indeed eventually the holocaust itself. It’s almost like the universe seeks balance?

From Richard Dawkins and his cult of Evolution, Climate Change and Black Lives Matter, Calvin and Salvation, we all try to express our internal reality and try to find vindication by ridiculing others or forcing them to agree with us.

As nice as microwave dinners look on the packet, they never taste like we hope they will. We may choose our religion off-the-shelf but they are always someone else’s vision, someone else took the photo of someone else’s dinner – not yours!

To be honest, I suspect that you are better off cooking for yourself. It’s much more fun sharing food with friends and family and at least you know what you are eating!

If you enjoyed this Blog, then you might like to read – Islam and the Jesus of History, Five Similarities