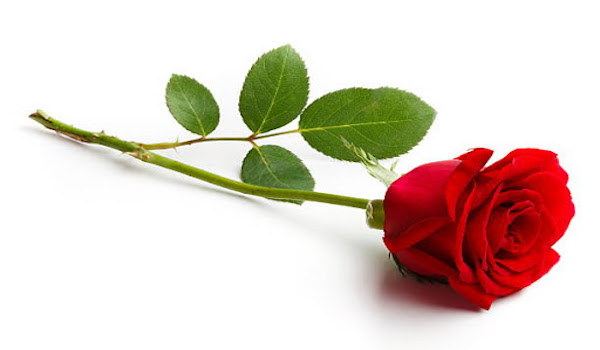 By way of a reply to the Kabbalah Centre and to Billy Phillips, I would like to tell you a story:

Beelzebub is another word for Satan. The name Beelzebub has nine letters. Rav Berg who started the Kabbalah Centre came from Brooklyn in New York. The original name of Brooklyn was Breukelen named after the Dutch city. Breukelen also has nine letters. Did the Americans change the name to hide this infernal link? Rav Berg’s name was originally Gruberger, which also has nine letters, so if you have an elevated consciousness, like me, this is a clear indication that Rav Berg was really Satan and the Kabbalah centre is a work of the Devil.

Is this true, in the real world? No of course not! Rav Berg was a lovely man and a great teacher and the Kabbalah Centre, despite their many difficulties, bring much light into the world. So what is my point?

Any story has three meanings:

For instance, when Shakespeare wrote, “A rose by any other name would smell as sweet” he was not giving gardening tips. His implication is that a thing does not change its essence by changing its name. Exegesis, is the process of trying to find the deepest level of meaning within level one. In modern terms this is like trying to understand the Zen Koan, ‘What is the sound of one hand clapping’. Sometimes we cannot arrive at a profound understanding of a phrase or a word without a leap of logic. It is true then that logic will not carry us all the way to an elevated level of consciousness of which we are capable BUT when we do arrive at this point, our insights (if they are true) do not contradict logic.

For instance the word ‘Sh’ma’ means more than just ‘listen’ – Sh’ma Isra’el, at its deepest level means that the process of deeply listening forces us to abandon the ‘self’ and entirely give ourselves up to the silent voice of the Creator within. This transcendental unity within the sound of silence can only be found through experience but when found does not contradict logic.

Eisegesis leads to a misinterpretation

Eisegesis, on the other hand, is to take level three and run with it off the pitch. This is to impose one’s own meaning on a text or story and ignore level one and two as I did at the beginning of this article. Just as I did above, one could say that ‘as I am such an elevated person and my consciousness is so beyond normal people, if you don’t understand or accept my interpretation of this story then by implication you must be spiritually retarded’. This is an easy ploy that many people beside the Kabbalah Centre use. It is very tempting to live in the cave of our own self and listen to the warm comforting drone of our own opinions. Our ego finds validation in other people’s approbation.

If you were to indulge me in my opening story, the legacy of Rav Berg would be obscured by my fantasy. Everything that Rav Berg stood for and everything that he tried to achieve would be lost.

This fate did happen to another Rabbi two thousand years ago and this crime is still being propagated today. Many scholars agree, and you would find on investigation, that only 18% of the words attributed to Christ were likely to have been spoken by the Jesus of History. Billy Phillips is right, because the truth is that it is impossible to understand that 18% without understanding Kabbalah.

Unfortunately we have two thousand years of Shysters telling their own stories about this Rabbi and putting their own words into his mouth.

As an example, Golgotha – as the place of the skulls and its connection to Kabbalah. Actually, Mark was the first Gospel to be written. For reasons too numerous to mention here, it is obvious that it was written after 70 AD by a Greek who was not familiar with Israel or Hebrew customs. The name ‘Gol Goatha’ is Aramaic for ‘Place of Execution’ when Paul was creating his own version of Mithraism he used just enough Jewish sauce to give his fantasy a kick for Greek and Roman consumption. Errors like the meaning of Gol Goatha are legion. From Christ ridding two donkeys at the same time to his mother being a virgin it is obvious that the Church can’t make up their mind when or where their Christ was born, nor can they agree when or why he died.

While fantasies may be entertaining, they inevitably obscure truth and the truth about the Rabbi is so much more complicated and profound than any of the Christian or Jewish fantasies.

The Jesus of History said, “Why call me good? There is none good but one, God” (Mark 10:18) and this is typical of this Rabbi’s teaching – Zen like Koans that force us toward deep understanding. By the middle of the second century, Christian shysters had given us the long, seductive Greek speeches entirely in the syntax of the author, “I am the way and the truth and the life. No one comes to the father except through me.” (John 14:6).

If I’ve learnt anything from the teachings of the Jesus of History it is that if Hashem is all goodness, then it would also be true to say that Hashem is all truth. When we abandon objective truth we are giving up on God and the world. If you tried to defend the name of Rav Berg in the face of my libellous fantasy, I could say that you are spiritually retarded but it wouldn’t make it true.

If you enjoyed this Blog, then you might like ‘What did Jesus say and what did he actually mean?’

Research paper – ‘The Jesus of History: Did He Really Exist – The Jesus Family Tomb’

Watch: The Jesus Family Tomb ‘Part One’ and ‘Part Two’

Non-Fiction Book – ‘The True Sayings of Jesus: The Jesus of History Vs. The Christ Myth’