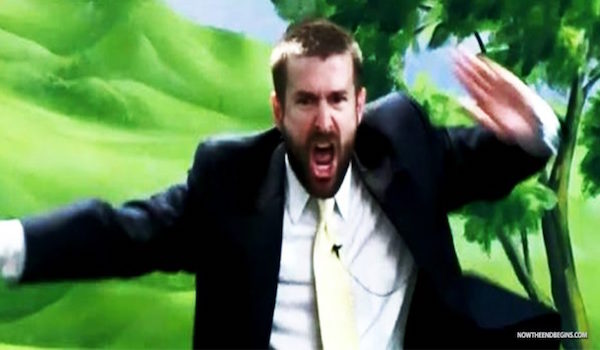 Christians constantly tell us that they are ‘saved’. They tell us that Yoga is demonic and music is ‘of the devil’. They want to kill gays. They use verses they don’t understand like weapons. They seem to have their own language, which marks them out to each other. “I’m washed in the blood of Jesus!”

“If you donate five dollars you’ll have a harvest.”

Only Christians are Saved!

They have convinced themselves that belief alone will guarantee them salvation. Assuming that they are ‘saved’, why are Christians so nasty?

Apart for some notable exceptions, Christians are as messed up as everyone else? There’s obviously a disconnect between what Christians tell themselves and what is actually happening in their lives. Why is that? Is God ignoring them or are they just kidding themselves?

Saint Paul the creator of Christianity

This argument has been going on since Saint Paul invented Christianity. I discuss this in my book – The True Sayings of Jesus: The Jesus of History Vs. The Christ Myth and in my YouTube channel (The Jesus of History) where I detail some of the arguments:

So the question is: ‘Can belief alone bring spiritual change or is life a bit more complicated than that’? Believe everything the Church says and you’ll get into heaven. On Judgement day you’ll be able to laugh at all the sinners burning in hell. The Church has been selling exactly that ticket for two thousand years.

In the middle of the first century Paul started teaching in the name of Jesus. He began teaching Greeks and Romans in southern Turkey that he could give them the spirit of God in exchange for their belief in his new Gospel. The family of the Jewish teacher whose name he had stolen were not happy with his plagiarism and several showdowns ensured. (Acts and Romans)

Paul’s letters are a wall of words that say very little. He misquoted and lied but that didn’t stop him creating a religion that changed the world.

A hundred years ago the scholars started to try to work out which of the Synoptic Gospels was written first, when they put the Gospels side by side.

They found that it was only the sayings of the Jesus of History that lined up – the narrative and miracle accounts were obviously fictitious and could be dismissed from serious debate.

The writers of Matthew, Mark and Luke obviously had a book of the ‘sayings’ of Jesus from which they quoted. The younger brother of Jesus, James the Just, in his Epistle taught the same message.

Just like the Q source, the Gospel of Thomas is also a ‘sayings’ document and it expands on the same theme. The Kingdom of God is within you.

God for Paul was out there but God for the Nazarenes is everywhere.

Some of the echoes of the historical Jewish teacher still can be found in the Gospels. They suggest that Jesus went into the quiet places to pray. (Luke 5:16 – Matthew 6:6 – Mark 1:35)

From the Zen like nature of his sayings it is obvious that Jesus practiced the deep meditation techniques so popular within Jewish Kabbalah at that time. (Sepha Yetzirah)

The mind is just like a child, without discipline it is a misery to itself and to everyone else.

This is a reference to the clear lake of conscious, which exist beneath the surface of the conscious thought patterns.

Who will save the Christians?

Christians are blind to their own evil and cruelty because they are too busy looking up for someone else to save them. If they could learn to stop talking in their heads they would hear God’s voice within and see his hand in everything. Just as the Jesus of History said, “the Kingdom of God is like a forgotten seed or yeast in bread, it comes slowly and in unexpected ways.”

Jesus taught that anger was the same as murder and lust the same as rape. Hate must be turned into love. How do you think you could do that without learning to watch the gate of your soul?

“When you pray, go into your inner storeroom and lock the door and pray to your father in secret.” Gospel of Matthew 6:6

“The lamp of the body is in the eye. When you make the eye single your body shall be full of light.” Gospel of Matthew 6:22

“When you know yourself, you will be known and you will understand that you are children of the living father.”  Gospel of Thomas 3

“Know what is in front of your face and what is hidden from you will be revealed.” Gospel of Thomas 5

“The Kingdom of God is within you.” Gospel of Luke 17

If you enjoyed this Blog, then you might like – Why does everyone hate the Jesus of History