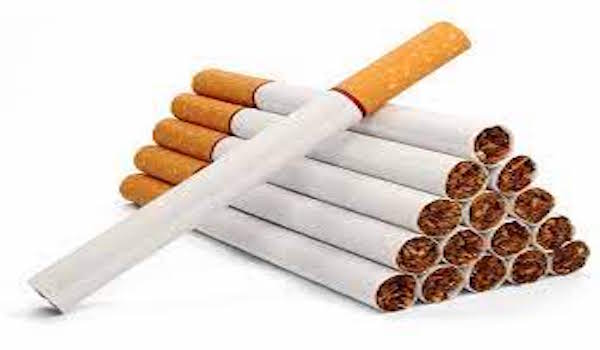 When I was young, scientists were queuing up to convince us of the health benefits of smoking cigarettes. Most good restaurants used to have a bowl of cigarettes on the table. Smoking in-between courses was normal. Scientists knew that it would kill us but they kept quiet. Why?

When did our governments and consensus science become the enemy of ordinary people?

Consensus science is the Wizard of Oz

In the second half of the twentieth century, ordinary people believed in ‘science’, in our governments and in the benefits of materialistic consumerism. We believed that the ‘doctor was always right’ and that policemen were ‘public servants’. In short, we trusted that the ‘establishment’ had our best interests at heart.

But, our naiveté has cost the world dearly.

Today, in this brave new world, all of us are condemned to live out our empty lives alone. We believe that our suffering is unique to us. We are told that we are ‘depressed’ or that we are Bi-Polar. Our symptoms become our identity.

Our relationships are temporary alliances rather than lifetime commitments. The only image of hope that we are now permitted is on some tampon commercial with a ukulele soundtrack and a really annoying cheerful whistle.

We all feel that there’s something wrong with the world but we don’t know what! The truth is that we are all trapped within the corrosive worldview our parents and grandparents left to us. We are lost and our only compass is pointing us in exactly the wrong direction: we have been trained to see the world entirely through the ‘Self of Now’.

Religions only recognise the life of the spirit, while materialism won’t even consider the possibility that there is such a thing.

Neither of these two worldviews have a good track record and it is an historical fact that they have both, whenever they’ve had the chance, created hell on Earth and still do!

However, once you deny materialism the quasi-religious status that it demands, the questions it has failed to answer present us with an opportunity to find a middle-way between these two toxic extremes.

Dogmatic religion just as much as dogmatic materialism obscures the truth of our lives by telling us exactly what questions can be asked and which can’t.

Christianity insists that all life is inherently evil but ignores the evidence that children are born innocent.

The materialist professor insists that all consciousness is an illusion; an accidental product of natural selection but ignores his own inner life and the fact that forming an independent opinion demands independent thought.

I think it was the Dalai Lama himself that said, ‘Transcendental truth cannot be found through logic but once found it should not, itself, contradict that logic’.

It is not logical to insist that something isn’t true just because you don’t want it to be true. Both the materialist and the spiritualist models fail because they have to deny or ignore so much of the human experience and observable truth.

Separation of ‘Consensus science’ and the State

You’ve only got to look at European history to understand why it’s a very good idea to separate the Church from the State. Unfortunately, nobody has yet realised that we desperately need to separate science from the State as well!

Just like Christianity, science has become a religion. More worryingly, it has also become a system of mass indoctrination. This virulent and aggressive form of ‘science’, which we will call ‘consensus science’ as a way to differentiate it from ‘real science’, has bullied the world into submission.

Please don’t take my word for it! Try asking a question that challenges the consensus. You will find that there are many questions that ‘consensus science’ will not allow. You will be told that your question is a non-question or that you wouldn’t understand the answer.

More often than not you will be pointed to evidence that independent scientists have already debunked.

Consensus scientists are just a group of people who think they are better than everyone else. They don’t like to listen to new ideas because they are too busy listening to their own opinions. They don’t seem at all troubled by the questions they can’t answer; they just call them ‘illegal’.

If you know any consensus scientists, you may have noticed that they can often seem very narrow and dogmatic in their views.

Convincing us of the benefits of tobacco smoking wasn’t the first time that scientists have betrayed the trust of the people and as it turns out it wasn’t the last!

This Blog is taken from the non-fiction book: ‘Quantum Mechanics For Your Soul – How to Repair Yourself and Save the World at the Same Time’