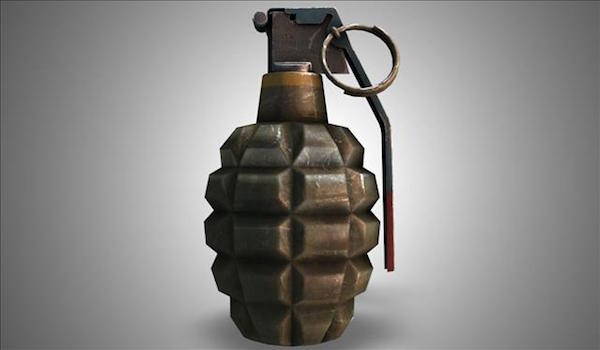 The Greek word ‘Gnosis’, like ‘racist’ or ‘fascist,’ is a word that can be used in any debate like a grenade. These words, although used somewhat indiscriminately, have never really lost their power. ‘Gnostic’ is a ‘catch-all’ dismissal used to describe any theology, community or book, which the Christian advocate wishes to be ignored. It is the received wisdom that any knowledge based on human empathy and natural morality is inherently Gnostic. The term ‘Gnostic’ was not commonly applied, as a name for a religious movement, until the seventeenth century; prior to that it was a Greek adjective to describe intellectual knowledge.

So what is Gnosticism really and why does the Church use it like a talisman to ward off awkward questions? If you’ve never heard of it before, Gnosticism was a philosophy popular in the second century. The two central doctrines of Gnosticism common to all cults are:

The birth of Manichaeism In the first half of the first millennium there were many cults to which this name has retrospectively been applied.

The Iranian Prophet Mani, (216-274 CE) gave birth to the cult that would be called Manichaeism. Contrary to the assertion that Manichaeism is a Zen-like internal religion, Mani taught a complex dualistic cosmology based on secret facts about ‘Good’ and ‘Evil’. (Ref 1)

Manicheists believe that the material world is evil and must be transcended and the light of the spiritual world must be returned back to Heaven. They believed that God and Satan oppose each other and fight for the world through the souls of man. Manichaeism spread like wild fire throughout the middle and far east but was eventually violently wiped out by Christians. A ‘Neo-Manichaeism’ group called the Cathars appeared in France in the middle ages and prompted the Church to call for a Crusade to wipe it out.

Like Mani, Marcion of Sinope (85-160 CE) was a prophet who taught a complex dualistic cosmology. It is this ‘dualism’ that is the defining characteristic of Gnosticism rather than an internal, experiential approach to spirituality. Marcion believed that the God of the Old Testament was evil and he was the creator of the world. He called this God the demiurge.

Christ Jesus, on the other hand, was a God of universal good and compassion. For Marcion, Christ Jesus was a divine spirit and the son of the heavenly father and had come to save the world. Marcion also believed that the heavenly father (AKA Jesus) had nothing to do with the making of the world. He is remarkable for being one of the few men in two thousand years to have his donation to the Church returned to him (Ref 2). Ancient writers like Irenaeus of Lyons, Tertullian and Hippolytus all agreed that Marcion was a Gnostic.

The rise of Valentinianism

Valentinus in the second century CE started one of the major Gnostic movements with strong support all over the Roman world. It has been suggested that the canonical Gospels were written in response to the threat that Valentinianism posed to the early Roman Church. The Valentinian system was very keen on theatre and ritual so appealed to Greeks and Romans. The cosmology was somewhat more complicated than Manichaeism or Marcionism but conformed to the basic dualistic/esoteric form. (Ref 3)

“For, after our Lord rose from the dead, the apostles were invested with power from on high when the Holy Spirit came down upon them, were filled from all His gifts, and had perfect knowledge.”

Gnostic cosmology is far too complicated to support experiential wisdom.

“The natural man receive not the things of the Spirit of God: for they are foolishness unto him: neither can he know them, because they are spiritually discerned.”

A rival to God

Christianity would be nothing without the idea of Satan or Lucifer as a rival to God. You will be relieved to know that there is no evidence of such a being in the Old Testament or in Jewish belief. I’m sure you will have noticed by now the amazing similarity between the dualistic philosophy of the Gnostic’s and Roman Catholic dogma.

The theology of Saul of Tarsus (Saint Paul) flirted with the idea of Satan as a rival to God. However, it wasn’t until Saint Augustine that Satan and Hell became the fulcrum upon which the entire Christian Church turns.

The problem with this outward approach is that it ill equips the student to find their way to introspection. At the heart of the Nazarene paradigm is Teshuvah, which has been mistranslated as ‘repentance’.

Christian apologists often dismiss the earliest sayings of the Jesus of History as Gnostic but we have seen that ‘Gnosticism’ is defined by its dualism not by the direction of the soul. We can see now that such a condescending dismissal reveals more about the ignorance of the accuser than it says anything about Nazarene Judaism.

The word most often found in the Old Testament to describe meditation is ‘Hitbodedut’. The Hebrew word is derived from the root ‘Baded’, which means to ‘be alone’. Meditation involved the abnegation of the ego, mental discipline and inner silence. Variously the focus for meditation might be on the names of God, passages from the Psalms or nature but always God is at the centre of Jewish meditation (Ref 5). Both the concepts of Teshuvah and Emunah depend on the student’s ability to change the course of the mind and to examine the doorway to the mind. To summarise then, we have seen that the Q1 Source and the Gospel of Thomas sayings are often denounced as ‘Gnostic’ simply for the fact that they inculcate a direct and internal connection to God. We have seen that this is a lazy dismissal, which ignores the philosophical content of the texts. It also ignores a long Jewish tradition of meditation prior to the first century.

Non-Fiction Book: ‘The True Sayings of Jesus – The Jesus of History Vs. The Christ Myth’