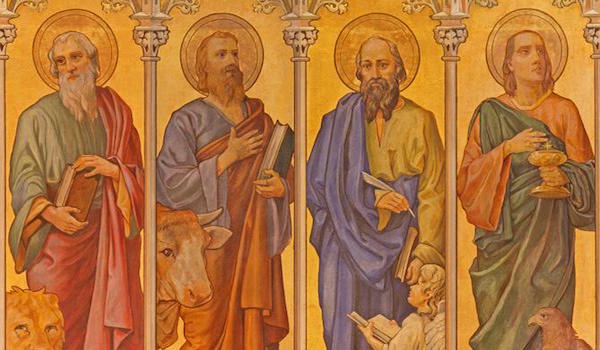 by Shelley with No Comment Jesus of HistoryTrue Sayings

This is a re-post from an old website of a blog we produced back in 2015 about the sayings of the Jesus of History. We hope you enjoy.

Before I go any further, I just want to make this clear; I am not saying anyone is wrong. Everyone says that their idea of “God” is right and unless you agree, you must be wrong. I am not going to waste my time and yours telling you something you probably won’t even hear. This blog is concerned with and discusses the words of a man not a God. 33,000 denominations of Christians in the world argue about who “Jesus” was and interpret his story differently. Some people have even resorted to making up their own Gospels and put ‘better’ words in the mouth of ‘Jesus’. If you are the sort of person that needs to believe in the Cosmic Christ or you need to believe in nothing, you might want to stop reading here; you won’t like where I am going.

I am just looking to understand, if I can, the mind of the man that said,

“The Kingdom of God is within you” Looking at the Gospels we notice that there are two kinds of exposition. There are a lot of ‘narrative stories’ and there are a series of ‘sayings’. Reading the Gospels horizontally, the narrative stories do not line up. They contradict each other and make factual errors in geography and culture. Once we look at the chronological sequence of the texts we have to accept that these stories were obviously written by people who did not know Palestine in the first century and did not understand Jewish culture. What does become glaringly obvious is that the narrative stories follow the evolution of ideas within the nascent Roman Church culminating in the Gospel of John. So rather than represent the unique and coherent vision of one man at one time, the ‘narrative stories’ are evidence of an evolution of a belief.

The sayings, however, do line up; the sayings are shared by the Synoptic Gospels and also with external texts. Revealing that they were copied from a common source. The source exhibits a particularly Hebrew world view and its syntax suggests an Aramaic and Hebrew origin. What it does offer is a coherent vision, as if from one man with a unique and profound philosophy.

The evolved Christian dogma of the ‘Narrative Stories’

Don’t take my word for it – research the texts for yourself.

It seems sad to me that many of the ‘made-up’ Gospels of recent centuries, like the Gospel of the Holy Twelve and the Aquarian Gospel, while trying to reform the Church, ultimately cling to so much that is antithetical to the original sayings, like concepts of sacrifice and atonement, that they manage to refute themselves.

Just as Progressive Christians of today are fighting so hard to change the Pauline Church into their own image while ignoring the obvious fact that the philosophy inculcated within the original ‘sayings’ already gives them the affirmation they instinctively know they deserve.

Many people can only think in terms of the Cosmic Christ and that is fine for them. I cannot visualise the eternal in terms of a Native American Indian and that does not make me any less.

I offer these observations, only to gently suggest that for some of us there might be an alternative to Atheism, the Roman Church or Calvinistic Hell. From my research, I have concluded that just the ‘sayings’ alone will take me a lifetime to come to terms with and try to understand. I feel no need to add more.

If you enjoyed this Blog, then you might like to read: What did Jesus say and what did he actually mean?