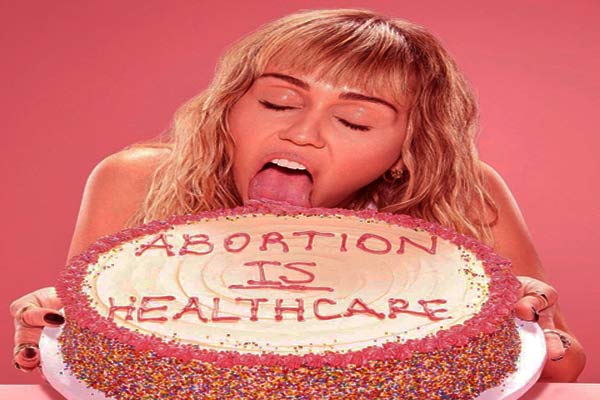 How many times have you found yourself, in an airport, scanning rows of brightly coloured ‘self-help’ books, all of which promise to give you the life of the man with a twenty-thousand dollar suit and a smile like a white picket fence? You know the books, they start with lines like, ‘Imagine that you’re as rich as me!’ or ‘I was flying my Jet helicopter to one of my talks’. Perhaps it’s because each of these books appear more banal and incoherent than the last, the writers now compete for your attention by using the word ‘F##K’ as many times as possible.

Waiting for a delayed flight, looking for some kind of hope, you scan the contents of these books and feel something, deep down inside of your soul, shrivel up and die. You know that you’re looking for something but you’re just not sure what; so you move on to the section marked ‘New Age & Spirituality’ in the faint hope that there might be something new. You sigh and quickly put the book down when you realise that yet another impossibly named author has rehashed the same Dr Feelgood BS we’ve been reading since 1968.

The subtext of these books is always the same, ‘you are not good enough’! ‘You need to be more like me’! ‘Buy my secret’!

The formula is always: YOU + SOMETHING ELSE = HAPPINESS

They tell you that if only you had more ‘self ’, if only you had more ‘belief ’ then finally you would be ‘happy’. If only you could learn to NOT give a F##K about anyone but yourself, then you would be as free as they claim to be. If this were true then the people with all the ‘self’ should be the happiest people on the planet! Sadly, we only have to watch the TV or read the news to know that this proposition is just not true. We see the rich and the famous, we see the sexual abuse, the addictions, the smug hypocrisy, the divorces, the suicides and we can see that they are even more miserable than we are. So just having more ‘self ’ can’t be the answer we’re looking for!

‘Materialism’ is the doctrine that only ‘matter’ is real. Towards the end of the twentieth century it became a religion and is now enforced with all the power of the state. For the last hundred years, in the name of progress, life has been systematically stripped of all its beauty.

Today, children are indoctrinated to believe that their life is an accident and has no purpose. According to the ‘experts’ the universe doesn’t give a F##K about us (to quote a recent guru’s words). This is the reason why one in five Americans are on some kind of prescribed psychotropic drug.

Anti-depressants are the reason that mass murder has become our latest spectator sport and materialism is the reason why suicide is the second biggest killer of young people; it has robbed them of all hope. There is nothing more damaging to the human psyche than the belief that their life is meaningless. The materialist worldview subliminally convinces us of three things:

If we feel unhappy we go shopping or change our job, car, house, partner, or children.

The materialist answer to suffering is always ME + Something else = Happiness. But that prescription is a little like taking a laxative to cure food poisoning. It kinda makes things worse!

“So how did we come to believe something so obviously not true?” I can hear you ask.

The only way that the materialist worldview can be supported is if we all agree to ignore the world we see and feel around us. We have to ignore so much of human experience that it is literally driving our civilisation insane. “Why would we do such a thing!”

The answer is we were running from something even worse, or so we thought!

“IT’S RELIGION JIM BUT NOT AS WE KNOW IT!”

All religions are based, more or less, on the same premise that only the spirit is real. Since the dawn of time, there has always been a man in a twenty-thousand dollar suit waiting to take advantage of your need to find meaning in your life. He might be a prophet or a priest. He might look like a millionaire or a tramp but whatever shape these shysters take, they all have the same answer: “There’s something wrong with you and only I have the cure!”

Self-improvement systems and all religions demand that you add whatever it is they’re selling to your ‘idea’ of you. Just like materialism, religions offer us the same formula with a different twist:

You – something else = salvation.

Inevitably, the guru or prophet has the secret, the power or the keys to the kingdom and they will give it to you in return for your faith and your money. None of these paradigms present a coherent model of reality that can be verified by you, through observation of the world around you; that’s why religions tend to kill people who ask questions. But just because they are not totally right, that doesn’t mean that they’re totally wrong.

At this point, you may sniff and say that spirituality is just for the weak minded and, indeed, that is the dogma of the materialist. You may argue, the opposite view, and insist that ‘god’ can only be found in a book and that is the position of most religions. The strange truth is that both of these, often argued, positions entirely ignore the possibility that we are already subconsciously plugged into a universal sub-atomic reality. Maybe that sub-atomic reality is something like gravity, easy to ignore until you fall over.

Maybe truth is already written on our very essence and books are only a distraction. It would seem that independent scientific evidence is pointing, very strongly, in that direction. As an example, you may have noticed that over the last twenty years a strange urban phenomenon has sprung up on our roads. Today, in most Western countries, you can’t seem to drive more than a few miles without seeing a sad and orphaned shrine of dying flowers and rotting cuddly toys left by the side of the road. These shrines seem to appear overnight, at the site of each car crash, as if by magic.

It is obvious that these bereaved and tormented people are expressing a connection to an inner reality that our strictly material society gives them no way to express or explore. It’s almost as though they are ashamed of their own inner reality.

From Islam to Communism, Christianity to Atheism, underneath it all, what is it that we’re looking for? What inner vision is it that each of us seeks to validate?

Maybe we are all connected to the same thing but we’ve just not cleaned enough parts to have an accurate picture yet?

This is the truth that the Jesus of History was trying to give us, that reality exists between the cracks and joints of the world that has been pulled over eyes to keep us from the truth: that we are eternal beings of light living within a sea of light.

To read more get a copy of my book “Quantum Mechanics for Your Soul”.