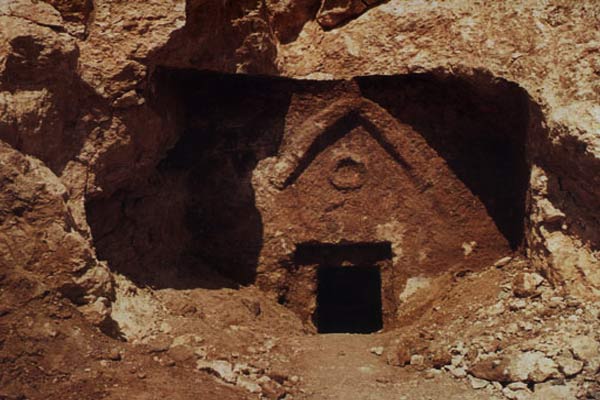 On 27 March 1980 the underground tomb of the Jesus family was found. In 2007, James Cameron, the writer and director of films like Avatar and Titanic made a documentary with Simcha Jacobovici on the Lost Tomb of Jesus – most people have never heard of it and there is a reason why but it’s not the reason you think.

This blog will expose the truth!

For the last forty years Christian pseudo academics have been doing their best to rebury the Jesus of History simply because Christian academics assume that they own the copyright on Jesus but they don’t.

The problem that Simcha and the documentary Archaeologist professor James Tabor had – and still have – is the fact that you can’t say you’ve found the tomb of Jesus unless you first define what you mean by the word ‘Jesus’. Somewhat understandably, when Jacobovici says ‘Jesus’, Christians think he means the man who can walk on water, fly and raise himself and other people from the dead. Of course, all Christians know, in their heart of hearts that nobody could find the tomb of such a person.

To explain why that is important let me give you an analogy: Bram Stoker wrote probably one of the most famous books ever written. His book created the literary character ‘Dracula’ and the reason his book was so good is because he based his fictional character on the life of a real man – Vlad III was Voivode of the Kingdom of Wallachia – even today he is the national hero of Romania.

What you can find is evidence for is the life of Vlad the III – a real person.

In a recent research paper, the Jesus of History conclusively showed that the Christian myth is fraudulently based on the life of a real person: a Hebrew holy man, Yeshua bar Yosef, who was the brother of James the Just and was a leader of a uniquely Jewish religious movement.

So where does that leave us?

What that tells us is that we can’t read the Bible as history but as a symptom of it.

The names of the Jesus family were filtered through decades and possibly centuries of memory. That Maria was his mother, that Joseph was his father and that James, Simon and Jose were his brothers is fairly certain.

We also know that the Jesus of History had a constant companion – a woman who was with him when he died – who washed his naked dead body and was still a big part of the movement after Jesus died.

Was her name Maria, Mary, Mariam, Mariamene – we don’t know! Was she his wife? I’ll let you decide. It’s not an accident that the identity of this woman is confused. The Roman Catholic Church has spent one and a half thousand years telling everyone that this woman was a prostitute. Now everyone admits it was a lie. But that mea culpa is about two thousand years too late!

This fact is important because it shows that when it comes to fraud, Christians have form.

So what’s the truth? We know that in Hebrew culture a woman that close to a religious leader could have only been his mother or his wife.

So we are looking for a Hebrew tomb from the early first century CE, with something very like the names of the Jesus family including possibly a wife.

Contrary to the expectation of some of the Christian pseudo academics we don’t expect his tombstone to read Mr Christ or Jesus Nazareth son of Joseph Nazareth.

Let me tell you the sad tale of possibly the worst excavation in the history of archaeology: They sent out archaeologist, Eliot Braun to investigate. It was Thursday the 27th March. He found an exposed rock-cut tomb with a unique facade – not seen before or since. There was no rock covering the 18” x 18” entrance and soil had obviously washed in and half filled the tomb. Mr Braun was just able to make out ten ossuaries within the tomb.

Gath invited a young student, Shimon Gibson, to draw the layout of the tomb.

Around noon on Friday the 28th March, the day after the tomb was first exposed, an eleven year old schoolboy name Ouriel Maoz, whose Orthodox Jewish family lived nearby, passed by the site and saw the distinctive facade. He ran home and told his mother, Rivka Maoz, who called the IAA as the tomb was exposed and it looked like the builders were going to destroy it – there were no archaeologists working and Mrs Maoz could not reach anyone at the IAA.

The next day – the Saturday, was the Shabbat and young Ouriel was on his way home from the synagogue. He saw children playing with the bones and playing football with the skulls from the tomb. The tomb had been left unguarded. Mrs Maoz went out and chased the children away and collected what bones she could save.

On Sunday 30th March she gave that bag of bones to Joseph Gath. Those bones should have been given to Joe Zias, who was the anthropologist for the Rockefeller Museum, who normally receives all the bones from excavations. He has no record of ever receiving them or examining them. He has never filed a report on the Talpiot tomb bones.

Joseph Gath did not publish a full report of the contents of the Garden Tomb and Zias never examined the bones.

In 1996, Amos Kloner quietly published a paper on the tomb.

Kloner insists that all the ossuaries were removed on the Friday afternoon but the Maoz family and their frantic phone calls to the IAA are evidence against his assertion. Kloner reports that he can find no record that would match up the ossuaries and their catalogue numbers with the original locations in the tomb from Gibson’s map.

The tenth ossuary went missing and cannot be found at the Rockefeller Museum. Amos Kloner insists that the tenth ossuary was damaged and was therefore stored somewhere else and as a result cannot be found. For anyone who has not been involved with archaeology in the past, it might be helpful to point out that archaeology often deals with broken objects on a regular basis. The ossuaries found inside the tomb had the names of the Jesus family.

Ossuary – Yose—a diminutive of ‘Joseph’ mentioned as the name of one of Jesus’ brothers in the New Testament (Mark 6:3) ‘Joe’

Ossuary – Mariamene e Mara— in Greek this reads ‘Mariamene known as Mara’ or ‘The Lady Mariamne’ This form of the name is unique. The word Mar is Lord in Aramaic and is still used today to refer to Jesus.

Let me give you a brief summary of the problems with this excavation:

The unofficial story is that Joseph Gath was terrified that the tomb belonged to the Jesus of History and would make Christian anti-Semitism even worse. We know this because his widow told us. As we proved in our paper and we will detail in our next video, just because a series of names may be common it doesn’t mean that a specific group of names is common. Even if we assume that the Hebrew people of the first century only had 16 names to choose from, finding a tomb with four members of a specific family would be 65,536 to 1 – in other words you would have to open 65,536 tombs to find another similar group. The truth is that there are almost 2,800 names in the Hebrew Bible and in the first century people also used Greek names.

It is obvious, that either Kloner and his team are the worst archaeologists in history or they believed they had a good reason to rebury the Jesus of History forever.

Did they sell the James Ossuary to Oded Golan? I don’t know. Maybe they were glad to dump the ossuary where no one would believe it came from the Jesus family tomb.

Professor Andre Lemaire, who is the greatest Semitic epigraphist in the world and is based at the Sorbonne University in Paris France confessed,

“The ossuary (James) is absolutely authentic but there are political and religious forces interested in making the find disappear.”

In light of these facts, I doubt that Amos Kloner and his team were incompetent. It is evident then that they must have been complicit in one of the greatest cover-ups in history.