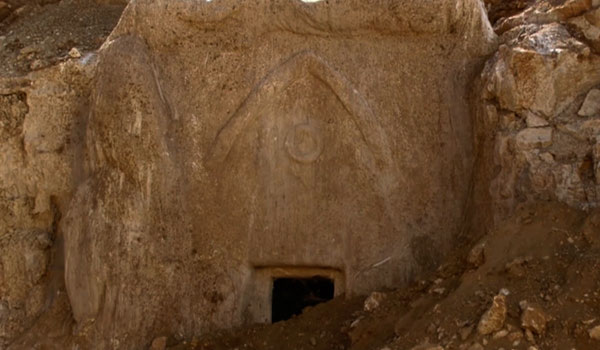 For some of you, this might come as a bit of a shock but the actual physical tomb of the Jesus of History was found in 1980. If that’s news to you, I can tell you why! Nearly everyone involved in Biblical archaeology has a ‘dog in the fight’ and none of them give a damn about the Jesus of History.

Divinity Colleges and Christian Universities award their faithful students prestigious sounding degrees and PhDs. To ordinary people, these pseudo-academics appear to be real scholars. But, like sleeper agents, when something is found that challenges the official ‘Christ’ narrative, they spring into action and make sure that it just ‘disappears’. The Jesus Family Tomb, otherwise known as the ‘Talpiot Tomb’ is a great example of how stupidity, incompetence and pure larceny passes as ‘science’ in the 21st century.

The Lost Tomb of Jesus

It wasn’t until almost thirty years later that Dr James D. Tabor and Simcha Jacobovici were able to produce a film detailing the discovery of the ‘Jesus Family Tomb’. Despite their best efforts the agents of pseudo-academia managed to discredit and obscure the discovery. The result is that very few people have seen the film or know anything about the Jesus Family Tomb.

In order to find the truth, let’s look at some of the facts:

Dr James D. Tabor served as Chair (2004-2014) of the Department of Religious Studies at the University of North Carolina. He is currently Professor of ancient Judaism and early Christianity. Simcha Jacobovici is adjunct professor in the department of religion at Huntington University.

During construction of a housing estate, near Jerusalem, a 1st century tomb was accidentally unearthed. Ten ossuaries were discovered – one of which was stolen. Initial studies were so badly done that the local children were later found playing football with the skulls from inside the tomb.

Despite the concerted effort of many of the pseudo-academics involved and several high profile court cases, after forty years we can now say that the tomb is genuine. We know from historical texts that people in Judah often used Greek and Roman names as well as Hebrew or Aramaic names. Therefore, we can say that there would have been approximately 1500 possible names available in the first century. This would mean that the chances of finding a tomb with all seven names of a family together at, or around, the same time would be millions to one.

The fact is that the tomb, the ossuaries and the inscriptions have been proven to be genuine. Therefore, the only possible conclusion is that the ‘Jesus Family Tomb’ is indeed genuine.

Seven ossuaries were found with name inscriptions detailing what we already know to be members of the Jesus family:

> Ossuary #80/500- Mariamene e Mara – this reads ‘Mariamene known as Mara’ or ‘The Lady Mariamne’ A corruption of the name ‘Mary Magdalene’?

It is true that taken on their own, most of those names are reasonably common but not in connection and not found together. My name is reasonably common in Spain but to find a tomb with all with the names of three generations of my current family would be impossible.

Taken from the book – ‘The True Sayings of Jesus: The Jesus of History vs. The Christ Myth’