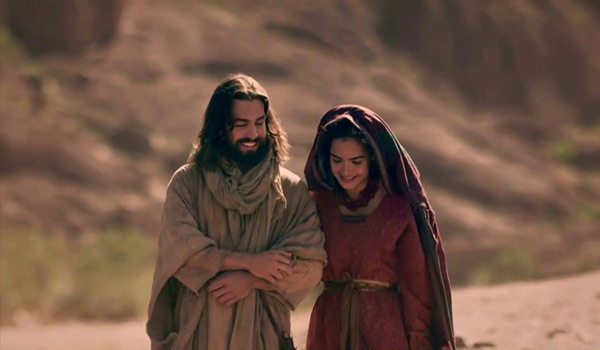 Professor Karen Leigh King presented a papyrus, in 2012, to the International Congress of Coptic Studies called ‘The Gospel of Jesus’ Wife’. Prior to publication she had obtained confirmation of its authenticity. Nevertheless, a small group of pseudo-academics have spent the last decade trying to prove it a fake, without success.

After forty years, the only way the pseudo-academics could discredit the papyrus was to reveal (shock/horror) that somebody, who once owned the papyrus, liked pornography! This is the academic standard of people who work in this field!

Mariamene and Magdalene sound almost the same if you aspirate the ‘G’ as it is in many countries of the Levant.

The evidence for the Jesus family can even be found within the gospels, all you have to do is look. I mentioned elsewhere how, because of Hebrew purity laws, only a wife or mother can dress a man’s dead body.

“And when the sabbath was past, Mary Magdalene, and Mary the [mother] of James, and Salome, had bought sweet spices, that they might come and anoint him. And very early in the morning the first [day] of the week, they came unto the sepulchre at the rising of the sun.”

All four Synoptic Gospels mention ‘Mary Magdalene’ and it is clear that only the wife of a Hebrew spiritual teacher would have been allowed to be so intimate with him.

“But if the Savior made her (Mariamene) worthy, who are you then to reject her? Surely the Savior knows her very well. That’s why he loved her more than us.”

A hidden gospel was found within a text called ‘Joseph and Aseneth’, which provides more information about Mary Magdalene. Dated to the 6th century CE, it is interesting that people involved with the Christ movement were still thinking about the Jesus of History and his family after five hundred years.

In the first century CE, within Hebrew culture, it would have been unthinkable for any man to be unmarried by the time he was twenty, let alone a rabbi. In Medieval Spain, within the Sephardic communities, it was normal for a boy to marry shortly after his Bar Mitzvah (coming of age) – approximately 14 years old. This was particularly true of rabbis.

Taken from the Book – ‘The True Sayings of Jesus: The Jesus of History vs. The Christ Myth‘

Watch the Video – ‘The Great Jesus Wife Cover Up’