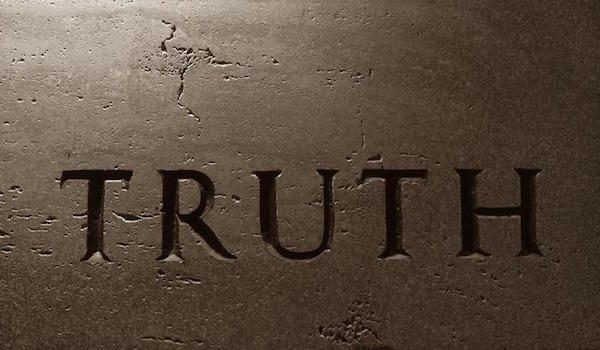 The religiously motivated massacre in Orlando, Florida, is a sad reminder of the dangers of trying to find absolute truth in the written word. All books, without exception, are only shadows of the minds of the people who write them. Whatever motivations or inspiration a person may or may not have had at the time of writing are only faintly echoed within the text itself. It is important that we use our common sense when we read any written text except when it comes to reading a religious work it becomes a matter of life and death, as we see today on a regular basis.

We know from contemporary evidence that prior to the middle of the first millennium a large proportion of Israelis believed that the Judeans had forged the books of Moses (Ref 1). The Old Testament paints a picture of a single united Jewish people. The overall narrative is that Abraham, Moses and then the Prophets advocated the God Yahweh and his cult of animal sacrifice. The Judean Priestly Theocracy insisted that all national calamities were due to some ‘failing’ in the Jewish people or due to their general lack of enthusiasm for the Judean blood cult. Jerusalem was the Davidic Capital and centre of the world. To be fair, sometimes a lie is told for the best of reasons and it is possible that this lie was told to protect the people, to unite them in the face of Babylonian invasion and exile. Unfortunately, after a hundred years of archaeology we can now see that this Judean narrative is not supported by physical reality. Galilee and the north of the country were always the most prosperous and densely populated areas (Ref 2). Shechem and Megiddo were the major cities and it was in Shechem that Davidic Kings were crowned (Ref 3). It was the Northern God ‘El’ that gave Israel its name (Ref 4) and unlike Yahweh He was viewed as discarnate and eternal rather than anthropomorphically. Worship of El involved His feminine aspect Asherah and gifts of olive oil and incense were offered on the mountaintops and wild groves (Ref 5). Until the Assyrian invasion destroyed Israel, Jerusalem was only a small village in the godforsaken barren hills of Judea (Ref 6). The Judean nationalistic fantasy, post Babylonian return, fundamentally changed the nature of God to follow the Babylonian model of Marduk (Ref 7).

This false narrative has ensured that the actual sayings of Jesus became almost impossible to understand and this confusion between El and Yahweh, between Judean and Israeli religious understanding has led to some of the worst atrocities the world has ever known (Ref 8). The Galilean movements, which included the Essenes and Nazarenes rejected animal sacrifice, avoided eating meat, practiced ritual purity and believed that prayer was a personal and solitary affair were in opposition to the Judean Theocracy (Ref 9). The fact that the Gospels do not understand this dichotomy but follow the false narrative of Rabbinical Judaism certainly attests to their creation by Romans and Greeks much later than previously thought.

The power of the priests was weakened when first the Greeks and then the Romans invaded. By the time of Jesus a Jewish Palestinian religious reformation was finally possible (Ref 10). In this context of religious fundamentalism and political nationalism, many of the sayings of Jesus suddenly make sense. His blockade of the Temple and his execution shortly after becomes a desperate Israeli attempt to stop the horror of animal sacrifice. After the death of Jesus (Maran Yeshua) his brother James became the Rabbi to the Nazarene Yeshiva (Ref 11). After the Bar Kokhba Revolt, the Judean Pharisees evolved into Rabbinical Judaism and Israeli religious belief went underground – eventually to become Lurianic Kabbalah.

One or the Other?

Which vision better reflects the words of Jesus – a vision of God as being everything and a father to all life or a capricious God that will destroy cities on a whim? A God that demands sacrifice or a God that desires love. He cannot possibly be both. The historical Jesus taught an Israeli vision, which was later obscured by a nationalistic Jewish narrative. The situation was made worse by the emergence of a pagan cult intoxicated by its own ignorance and made blind by its own arrogance (Ref 12). In the face of such propaganda, it is vital that we read the Bible with the utmost care and use, to the best of our ability, our God-given common sense (Ref 13).

If you enjoyed this Blog, then you might like: Are there two Gods in the Bible? and What is Spirituality and can it be found in a book?