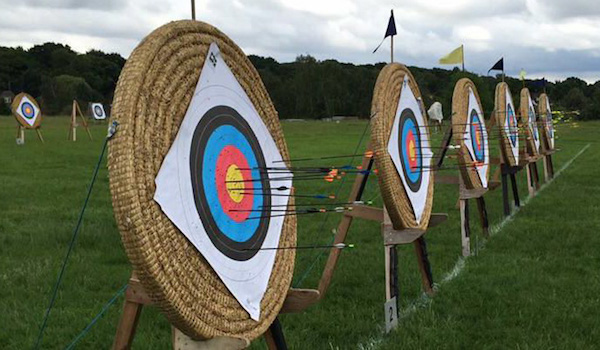 In Spanish we call roses, ‘rosas’. In Welsh they are called rhosyn. Strangely enough, by whatever name you choose to call them, roses smell the same. By the same token, the idea of ‘Teacher’ in English is named ‘Professor’ in Spanish. Morah would be a closer transliteration in Hebrew and again, the idea of someone in whom we place trust and from whom we hope to learn is the same.

In the book, Last Letters of Jesus, I have used the term, Rabbi Yeshua bar Yosef for the Jesus of History. I have used these names for several reasons but the most important one is that I am trying to call attention to the fact that Jesus was a Jew. The spiritual movement of which he was a part was extremely important to Jewish history in particular and world history in general. Unfortunately, there are more straw men in this discussion than in an archery competition and it is easy to get caught up in largely irrelevant details.

My book was written for people who live in the modern world. Most people in the West understand the term ‘Rabbi’ and its implication. I used the term in the book to express the idea of a Jewish religious teacher. Unfortunately, most people know very little about Jewish language and culture.

Historically, the term Rabbenu was used to refer to Moses and means ‘our teacher/master’ but it is much more than that. The actual word for ‘teacher’ in Hebrew is ‘Morah’ but if I had used that term nobody would have known what I actually meant. In reality, the mostly likely term used by the students of Jesus would have been Maran. Indeed, Syriac Christians historically did use this term.

The term ‘Rabbi’ and the codification of its designation was created by the Pharisees after the fall of the Second Temple in 70 AD. After that war, the Pharisees had no choice but to make a sensible accommodation with the victorious Romans. The Pharisees set up a university in the north and became what we now call Rabbinical Judaism.

That being said, Rab or Rav was used as an honorific much earlier than the first century but its meaning was somewhat less codified. The Synoptic Gospels refer to the Jesus of Paul as ‘Rabbi’ and I would argue that this says more about the date of their composition than hint at what the students of the historical Jesus actually called him. With regard to the term, ‘Yeshua’; Josephus refers to James the Just as the ‘brother of Jesus’. He uses the Greek term for the Hebrew Yeshua, ‘Iesous’. When we say the Latin Jesus in Spanish it sounds more like the original Hebrew or Aramaic, ‘Yesu’. I think there is general agreement amongst most scholars that the name of the historical Jesus would have been Yeshua so I will not labour the point.

The common slur the Pharisees used against the people they didn’t like was ‘bastard’ or (if they were women) ‘whore’. Within a strongly nationalistic movement, this insult would have been to put the victim beyond the pale.

The common Jewish spin on the Jesus story of the Gospels is that Jesus was a bastard of a Roman soldier called Pantera. The Romans often used rape as weapon of war and as the accusation was that Mary was raped, it is not beyond the realms of imagination that the insult may be true.

Under Jewish law she should have been stoned to death unless the crime was committed in the countryside in which case the Roman would have to pay a fine and marry her. Obviously that was never going to happen.

Just as with the story of Beruryah who was a famous second century female teacher and the wife of a Gentile who converted and became famous for his Torah wisdom. Predictably enough, the scribes leave us a story of how she had sex with her students.

I’ve used the term, ‘bar Yosef’ in the book for several reasons, most of the early historical sources including Paul’s letters all agree that Yosef was the biological father of Jesus. I could see no reason to go against those sources. I’ve used the term ‘bar’ as in ‘son of’ in order to emphasis the fact that Jesus was first and foremost ‘Jewish’.

Most Jews tend to lose their mind if anyone mentions ‘Jesus’ and if you’ve been unlucky enough to see the evangelical posts on Facebook you can understand why. But Jewish sensibilities to one side, I’ve used the terms I have in order to focus people on the fact that John the Baptist, Jesus and his brother James the Just did not see themselves as anything other than Jewish and had no intention of starting a new religion. The words we can reliably attribute to them are an expression of a purely Jewish view of the world and focuses us on correcting ourselves instead of crowing over any advantages we think we might have.

As the bard said, “A rose by any other name would smell as sweet.” Whether we call Jesus Rabbi or Maran it would not change the historical Jew that lived and died. The Last Letters of Jesus as a work of historical fiction, is an attempt to cut through the preconceived ideas and tribal flags and look with empathy at the life of an extraordinary Jewish man.

Historical Fiction – ‘The Last Letters of Jesus: The Secret of the Nazarenes’

If you enjoyed this Blog, then you might like: ‘What did Jesus say and what did he actually mean’ and ‘Did Jesus Really Exists?’

Research Paper: Did He Really Exist – The Jesus Family Tomb