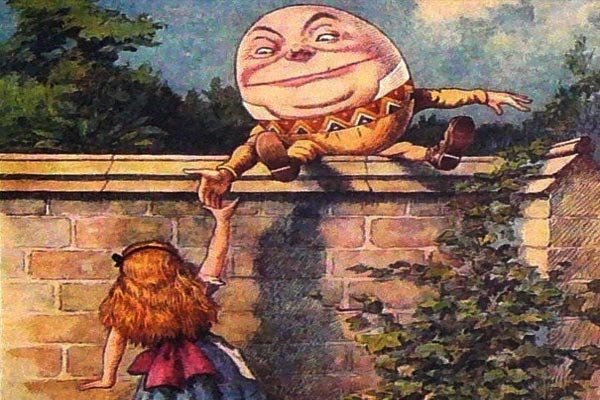 Was Jesus a God?

In fact, more importantly, did the Jesus of History believe he was God?

If you don’t understand Greek and Hebrew culture and history it is very hard to make sense of the Gospels. Terms like ‘The Son of Man’ and ‘Son of God’ are tossed around like confetti. Most people are just beaten into submission by the beauty of the language. In many ways, the Gospel writers would have agreed with Humpty Dumpty in the book Alice in Wonderland:

“When I use a word,” Humpty Dumpty said, in rather a scornful tone, “it means just what I choose it to mean- neither more nor less.”

Saint Paul, like Humpty Dumpty took a Hebrew word ‘Mashiach’ and made it mean what he wanted it to mean. He took the military idea of the ‘Messiah’ (Mashiach) and turned it into another name for the ‘Son of God’.

To understand the term ‘Messiah’, as it was used in the first century CE, let me give you an example:

Winston Churchill could be called the Mashiach of the British people in the Second World War or perhaps the Spanish might have called Lord Wellington their Mashiach when he helped save them from the French occupation.

The term ‘Messiah’, prior to Saint Paul, did not mean ‘God’ or ‘saviour’ in the spiritual sense.

The term ‘Ben Elohim’  (Son of God) was originally an ‘Elohist’ term to describe the angels. However, like most things ‘Biblical’ the term evolved. It later came to be used to describe the prophets and those directly touched by God but never as ‘gods’ in their own right.

The fundamental principle of the Hebrew religion was, and is, that God is one. It is therefore impossible to think of God, in the first century CE, having a son in the binary sense.

Paul took the Hebrew term ‘Ben Elohim’ and turned it into a literal reference to the ‘Son’ of God in the Greek sense of two independent gods.

Christian texts originally portrayed Christ as a prophet, then as an adopted god and then at the First Council of Nicaea in 325 CE he was declared fully god and equal to Yahweh.

The gospel writers, through their ‘Christ’, use the term ‘Son of Man’ (Ben A’dam) eighty times as a kind of ‘codeword’ for himself as a ‘Son of God’ – in fact, he uses the term, ‘Son of Man’, almost interchangeably with ‘Son of God’ and ‘Messiah’ – which is linguistically, culturally and historically absurd.

Until Paul, the Hebrew term ‘Ben A’dam’ (Son of Man) had always meant ‘Human being’. Then as now, ‘human’ was not a term for ‘God’.

For the interested reader, I would recommend Professor Bart D. Ehrman and his book